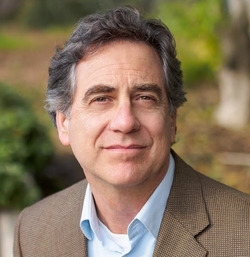 Daniel Portnoy, Ph.D. received a B.A. in bacteriology from UCLA in 1978 and a Ph.D. in 1983 from Stanford University. He conducted postdoctoral research at the Rockefeller University, working with Jay Unkeless and Jeff Ravetch. Next, at Washington University in St. Louis and then the University of Pennsylvania, he began working on Listeria monocytogenes as a model intracellular pathogen. Portnoy collaborated with Yvonne Paterson at the University of Pennsylvania on the use of L. monocytogenes as a recombinant vector-based vaccine for the induction of cell-mediated immunity.

In 1997, Portnoy moved to the University of California, Berkeley, where he currently holds joint appointments in Molecular and Cell Biology and Plant and Microbial Biology, and holds the Edward E. Penhoet Distinguished Chair in Global Public Health and Infectious Diseases.