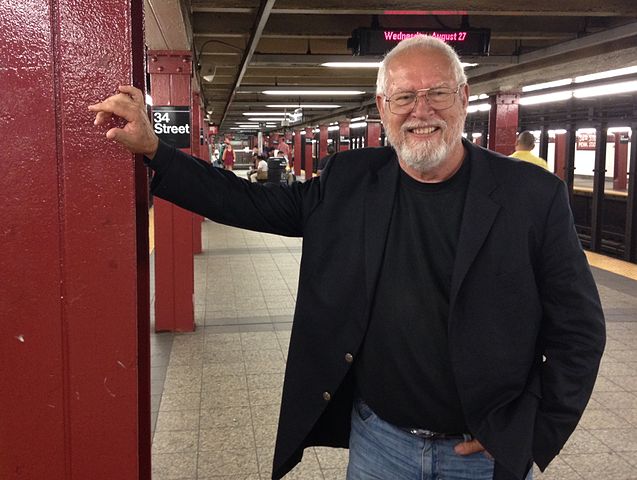 Professor Emeritus of Public Health in Environmental Health Sciences and Microbiology at Columbia University Medical Center. He is a microbiologist/ecologist by training, and for 27 years conducted laboratory-based research on molecular aspects of intracellular parasitism. Dick also teaches Parasitic Diseases, Medical Ecology, and Ecology 101. These courses deal with parasitism and its effects on large segments of the poor that live in the tropics. Controlling soil-based transmission cycles of helminthes that cause significant health problems throughout the world is of prime importance to Dick. Since it is generally agreed agriculture is solely responsible for so much environmental disturbance and serves as the interface for the transmission of geohelminths, one area of his focus has been on how to raise food without further encroachment into natural ecosystems. He established The Vertical Farm as a theoretical construct to look at the possibility of agricultural sustainability within cities.  Sustainable urban life is now a major interest of Dick’s. Inventing new approaches to the raising of food within the confines of a large urban center is bound to be fraught with hidden pitfalls and caveats when starting out, particularly those of a technical and economic nature. However, he firmly believes that with enough input from multiple disciplines (e.g., industrial and soil microbiology, engineering, public health, policy making, urban planning, architecture, agronomy, plant genetics, economics), vertical farming could become a reality and thus replace most of what now passes for agriculture in many parts of the developed and under-developed world. If this were to come about, large tracts of land could then be returned to nature to do what it was supposed to do for us before we eliminated the hardwood forests of the eastern states. Restoring ecosystem services and functions is what Dick envisions as the charge to the next generation of public health professionals.