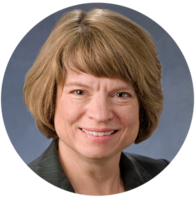 Center for Science Technology & Economic Policy at the University of Kansas

Donna K. Ginther is a Professor of Economics and the Director of the Center for Science Technology & Economic Policy at the University of Kansas and a Research Associate at the National Bureau of Economic Research. Her major fields of study are scientific labor markets, gender differences in employment outcomes, wage inequality, scientific entrepreneurship, and children’s educational attainments. Dr. Ginther has published in several journals, including Science, Journal of the American Statistical Association, Journal of Economic Perspectives, Demography, Psychological Science in the Public Interest, and the Papers and Proceedings of the American Economic Association. She has also received research funding from the National Science Foundation, the National Institutes of Health, the Alfred P. Sloan Foundation, and the Ewing Marion Kauffman Foundation. Her research has been featured in several media outlets including the Economist, New York Times, Washington Post, USA Today, NPR, and the Boston Globe. Dr. Ginther testified before the Subcommittee on Research and Science Education of the U.S. House of Representatives on the Fulfilling the Potential of Women in Academic Science and Engineering Act of 2008. Dr. Ginther has advised the National Academies of Science, the National Institutes of Health, and the Sloan Foundation on the diversity and future of the scientific workforce.