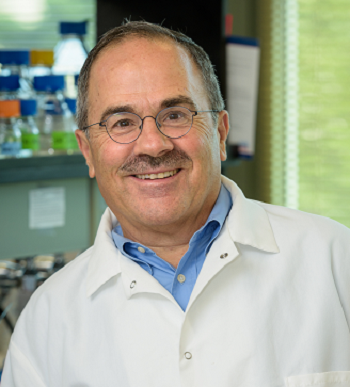 Since 2007, E. Terry Papoutsakis, PhD., has been the Unidel Eugene DuPont Professor in the Departments of Chemical and Biomolecular Engineering and Biological Sciences at the Delaware Biotechnology Institute, University of Delaware. He received his undergraduate education at the National Technical University of Athens, Greece, and his M.S. and Ph.D. from Purdue University. He started his academic career at Rice University, moving later to Northwestern University.

His group has made important contributions in Clostridium genetics and metabolic engineering, with applications in the biorenewables arena, and emphasis on complex, non-pathway dependent traits, such as tolerance to toxic chemicals. Papoutsakis has trained over 65 Ph.D., 27 M.S. and 35 postdoctoral trainees through research funded by NIH, NSF, DOE, ARPA-E, ONR, ARO and EPA.