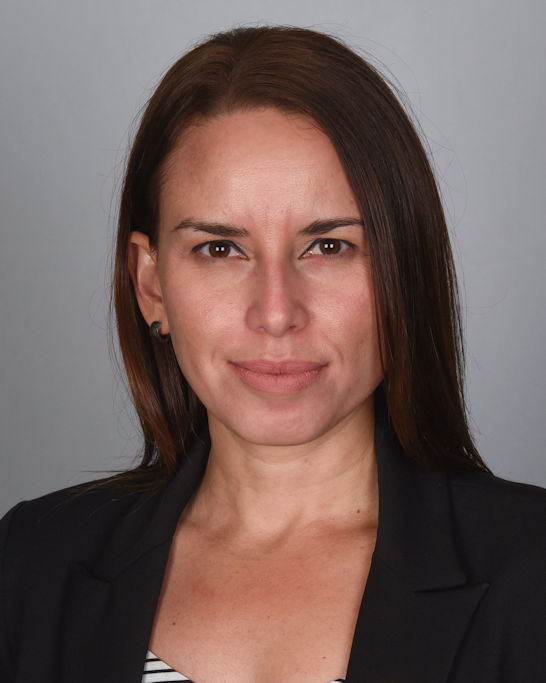 Dr. Greetchen Díaz is the Director of the Science Education Program and Community Partnerships of Ciencia Puerto Rico (CienciaPR). For more than 10 years, Díaz was a volunteer, part of the administrative team of CienciaPR. At CienciaPR, she participated in numerous projects in science communication, science outreach and science education. She is the founder and coordinator of CienciaPR's "Borinqueña," the bilingual blog for Hispanic and Puerto Rican Women in science and technology. Also, Díaz is founder and coordinator of the photoblog "Ciencia a tu alrededor." In 2015, she was the coordinator of "Semillas de Triunfo" (Seeds of Succeed), the first STEM ambassador program for middle school girls in Puerto Rico.

Before joining CienciaPR's staff in 2017, Díaz was the Grants Program Director at the Puerto Rico Science, Technology and Research Trust. Díaz was responsible for the implementation of the first local grants mechanism in Puerto Rico with initiatives such as the Science and Technology Research Grants, the Small Research Grants and the Researcher's Startup Funds. At the Trust, Díaz also coordinated the outreach activities that include the Research & innovation Meetups, the Forward Research & Innovation Summit and the Forward Grantees Symposium, among many others.

Díaz is the president of the Puerto Rico Society of Microbiologists (PRSM), where she previously served as the PRSM's board of birector's secretary, and ASM councilor. The PRSM is the local branch for the American Society for Microbiology (ASM), where Díaz is a member of its board of directors.

Díaz completed a B.S. and M.S. in biology at the University of Puerto Rico, Mayagüez. Then she earned her Ph.D. in molecular, cellular and developmental biology at The Ohio State University, where she studied intracellular protein trafficking, using budding yeast as a model system. Her research described a requirement of the spindle pole body (yeast centrosome) for targeting/tethering peripheral proteins to the inner nuclear membrane. After earning her Ph.D., Díaz started as a postdoctoral researcher at the Nebraska Center for Virology, University of Nebraska at Lincoln, where she got a NIH T32 postdoctoral fellowship to conduct studies in reproduction of human papilloma virus.

Díaz has received numerous awards and honors from various organizations such as CROEM Alumni, the University of Puerto Rico, The Ohio State University, ASM, SACNAS and the Ford Foundation, among others. In 2017, Díaz was recognized by the Senate of Puerto Rico for her professional achievements and her election to the ASM Board of Directors. Her work and projects have been featured on local and international media outlets, such as El Nuevo Día, el Vocero, Noticel, Metro, Caribbean Business, News in my Business, Diálogo, Voces del Sur, Periódico La Perla, Microbe and Scientific American, among others.