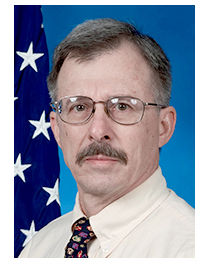 Jack Brothers is the microbiology technical supervisor in charge of technical operations in microbiology, serology and the Homeland Defense Lab for the 673rd Medical Group DOD/VA Joint Venture Hospital in Anchorage, Alaska, where he has been since June 2003.

Throughout his career, Jack implemented improved procedures for the detection, reporting and tracking of methicillin-resistant Staphylococcus aureus (MRSA), resulting in a 60% reduction of MRSA over a 10-year period. He revised tuberculosis (TB) testing protocols to both reduce costs and improve turn-around times, as well as initiated in-house Gram stain challenges to improve tech training. In addition, he developed the Elmendorf Reportable Organism Database (ELROD) to improve epidemiology and infection control efforts and prepared the solutions for the first stool transplant ever performed at the Elmendorf Joint Venture Hospital.

Jack was selected as the 2007 Medical Support Squadron Category II Civilian of the Year and the USAF Laboratory Supervisory Level Civilian of the Year for 2010. Jack currently serves as councilor on ASM's Council on Microbial Sciences (COMS) and served as a consultant for ASM's lab capacity program from 2009-2011. Jack has been registered as a Medical Technologist with the American Society for Clinical Pathologists since 1976. He earned his B.A. in microbiology and botany at the University of Florida and his certification in medical technology from Midwestern State University.