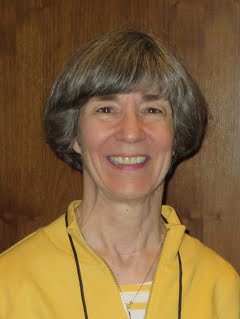 Dr. Kathy Spindler is a professor of microbiology and immunology in the medical school at the University of Michigan. Spindler had 2 inspiring science teachers in junior high school, and she always knew she wanted to major in biology, which she did at Purdue University. She moved tothe University of California, San Diego for her doctoral work, and she began working on viruses in her first rotation, with Dr. Masaki Hayashi. She joined that lab for the first part of her dissertation research, working on the single-stranded DNA bacteriophage FX174. She completed her Ph.D. in the laboratory of Dr. John Holland, working on “Evolution of viral RNA genomes in acute and persistent infections,” using vesicular stomatitis virus.

In 1981, Spindler began her postdoc with Dr. Arnie Berk at UCLA, focused on the human adenovirus proteins encoded by E1A. Spindler moved to a faculty position at the University of Georgia (UGA) Department of Genetics in 1985, where she established studies of mouse adenovirus type 1 (MAV-1). This virus has similarities to human adenoviruses, and yet it can be studied in its natural host, using the powerful genetic and immunological tools of the mouse model. At the end of 2001, she moved to the University of Michigan, where her research into viral pathogenesis and host susceptibility to infection has expanded. She continues to teach undergraduates and graduate students, and she is currently the Chair of the Graduate Studies Committee in Microbiology and Immunology.

Spindler started her science outreach as a pen pal on science projects with elementary school children. She developed a summer genetics research program for visiting college students at UGA (SUNFIG). She currently is a member of the University of Michigan’s ADVANCE advisory board. ADVANCE began as an “NSF-funded project promoting institutional transformation with respect to women faculty in science and engineering fields,” and, at Michigan, it now has an expanded mission to promote diversity among faculty in all fields. Spindler served for 5 years on ADVANCE’s STRIDE committee, participating in workshops both at Michigan and around the country discussing practices to maximize the likelihood that diverse candidates will be identified, recruited and promoted in the academy.

Spindler first appeared as a guest on This Week in Virology on episode #158 in November 2011, “Wolverines go viral.” After several return visits to TWiV, Spindler was invited to be a regular participant. She recommends TWiV to relatives, friends, and strangers as an easy way to hook them on virology. She is happy to participate directly in spreading this knowledge virally through TWiV.