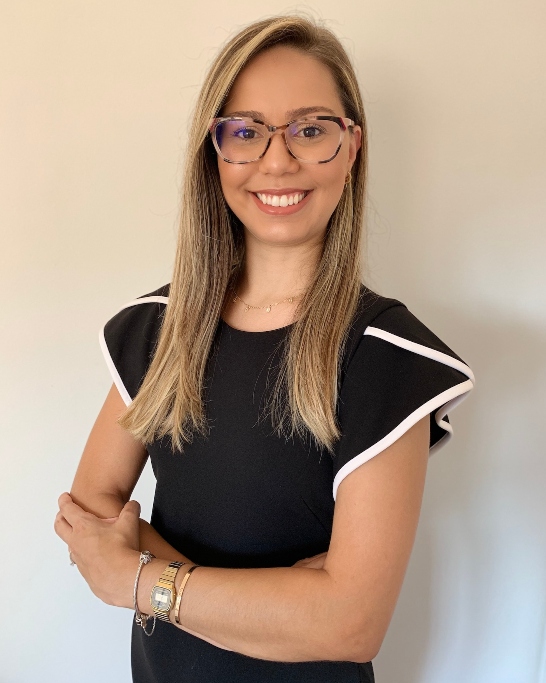 Microbiology Institute of the Federal University of Rio de Janeiro

Laura Maria Andrade de Oliveira, Ph.D., earned her MSc. degree from the Federal University of Juiz de Fora, Brazil (2012-2014) and her Ph.D. from the Federal University of Rio de Janeiro (2014-2018). She is a postdoctoral fellow at the Microbiology Institute of the Federal University of Rio de Janeiro. Since the beginning of her career, she has been involved in research projects focused on the study of the molecular epidemiology, antimicrobial resistance and virulence potential of gram-positive cocci, especially Streptococci, isolated from humans and animals to improve the surveillance and diagnosis of infectious diseases and to inform control strategies and vaccine design.

Oliveira has been awarded 10 national and international awards, including the International Veterinary Vaccinology Network (IVVN) fellowship for women postdoctoral researchers from low-and middle-income countries (LMICs) and the BactiVac Catalyst Training Award. She is a member of the first cohort of the Future Leaders Against AMR Programme, an international group of young leaders engaged in the work against antimicrobial resistance and she is the current ASM Young Ambassador of Science to Brazil. In addition, Oliveira has been involved in science communication initiatives in Brazil to promote popular awareness of science.