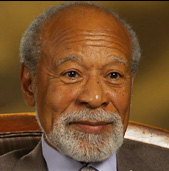 Prior to joining Tuskegee University as the Provost and Vice President for Academic Affairs (2006-2009), Luther S. Williams served as the William T. Kemper Director of Education and Interpretation at the Missouri Botanical Garden from August, 2001- December 31, 2005. During that tenure, he designed and, in 2002 launched, the program of the Garden Education Compact, a collaborative effort between the Missouri Botanical Garden and participating St. Louis City elementary and middle schools focused on inquiry- centered science and mathematics teacher professional development, laboratory-based instructions and attendant assessment of student learning outcomes. Prior to that appointment, he concurrently served as visiting scholar at the Payson Center for International Development and Technology Transfer, Tulane University and Senior Vice President for Strategic Planning, Bingwa Software Company (September, 1999 through July, 2001).

Williams served as the Assistant Director of Education and Human Resources, the National Science Foundation, (NSF) from June, 1990 to September, 1999.  The Directorate includes programs bearing on human resource development, K-12 through the graduate level; pre-college mathematics and science education efforts inclusive of systemic reform; informal education activities involving science and technology museums, television and other media; undergraduate science, engineering and mathematics programs; experimental program to stimulate competitive research (EPSCoR); graduate fellowships and traineeships; faculty awards for women; and postdoctoral fellowship programs.  Prior to his appointment as Assistant Director, Williams served as Senior Science Advisor to the Director at the Foundation, 1989-1990.

Prior to and/or concurrent with employment in the federal sector, he  held two NIH Career Development Awards(one each at Purdue University and MIT) , was awarded NIH research grant support for the period of 1969-87, and held an American Cancer Society Research Grant, 1969-73; and served as a member of the following: the original NIH Recombinant DNA National Advisory Committee,1979-81; the National Institute of General Medical Sciences/NIH National Advisory Council, 1981-86; the National Biotechnology Policy Board, the U. S. Department of Health and Human Services/Public Health Services/NIH,1990-94;   various NIH research grant study sections and review committees(e.g., the Microbiology Training Committee, the Minority Access to Research Career Review Committee, the Microbial Genetics Review Group, the Evaluation Committee, Division of Research Resources, NIH); and the U. S. Government Task Force on Women, Minorities and the Handicapped in Science and Technology, the White House, 1987-90.  During tenures as Dean of the Graduate School at Washington University and the University of Colorado, he served as member of the Council of Graduate Schools’ Board and its Committee on the Graduate Record Examination (1981-85) and chaired the attendant Committee on Minority Graduate Education/ the Educational Testing Service,1983-85. He also served for as a member of the Health, Safety and Environment Committee for the U. S. Department of Energy National Laboratories/ University of California,1981-87 ; the Advisory Board, Office of Technology Assessment, U. S. Congress, 1985-87; chaired, the Advisory Committee, Ford Foundation Doctoral Fellowship Program for Minorities, 1985-86;  was a member of the National Research Council’s Committee on Scientific and Technical Manpower, National Academy of Science 1981-83, the Advisory Screening Committee in Life Sciences, Fulbright-Hays Fellowships, Council for the International Exchange of Scholars, 1978-81, and the Board of Trustees, Miles College, 1984-87.He also served as a member of the National Advisory Committee, White House Initiative on Historically Black Colleges and Universities on Science and Technology, 1986-89 and the Nomination Committee, DANA Foundation Awards in Health and Education, 1991-95

The author of over 70 publications in professional scientific journals and more than 20 articles and reports addressing science, mathematics, engineering and technology education, Williams, is a member of the American Society for Microbiology, the American Society for Biochemistry and Molecular Biology, and the American Association for the Advancement of Science (AAAS).  He is a fellow of the American Academy of Microbiology, a AAAS Fellow, a fellow of the Academy of Science of St. Louis, and is the recipient of honorary doctorate of science degrees from Purdue University, 1987, University of Louisville, 1992, Capitol College, 1996, Bowie State University, 1996, Tuskegee University, 1997, and the University of the District of Columbia, 2000.  He received the Presidential Meritorious Executive Rank Award in the Senior Executive Service in 1992 and the Presidential Distinguished Executive Rank Award in the Senior Executive Service in 1993.  In 1998, Williams received the first William H. Hinton Research Training Award from the American Society for Microbiology and was awarded the Lacey Science Education Award, the New York Academy of Sciences in 2000.  In 1997, he was named distinguished alumnus of the School of Science, Purdue University; in 1999  was the recipient of the Augustus F. Hawkins Education Service Award by the National Commission for African American Education; was inducted into the Black College Foundation Hall of Fame in 2004; was elected a member of the Sigma Pi Phi Fraternity ( ETA chapter) in 2004; received the Trustees Award, the Academy of Science of St. Louis in 2004; elected to the Board of the  George Washington Carver Birthplace Association in 2004; and elected to the St. Louis Community College Foundation Board in 2005. He is listed in Who’s Who in America, Who’s Who in Science and Technology, Who’s Who in the Midwest, Men of Achievement, and Outstanding Young Men of America and elected to Outstanding Educators of America and Outstanding Black Americans.

He was  named one of the 50 most important Blacks in science research by Spectrum Magazine in 2005;  and was the recipient of the Catalytic Award for Systemic Change by Quality Education of Minorities, Inc., in 2006. He served as a member of the National Advisory Council for the National Institute for Minority Health and Health Disparities, NIH, 2007-2010 and was appointed a member of the Council of Councils, Office of the Director, NIH, in 2009.