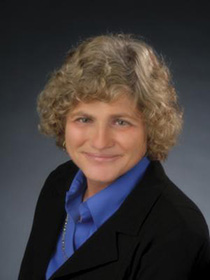 Dr. Roberts' research interests have included studies of antibiotic resistant bacteria, the genes they carry and their movement between ecosystems locally, nationally and internationally. She has worked with antibiotic resistant Neisseria gonorrhoeae and Haemophilus influenzae and was one of the first to determine that these resistant isolates carried the same TEM β-lactamase, conferring resistance to the first line drug penicillin/ampicillin, and/or the tet(M) gene coding for tetracycline resistance, which replaced penicillin as the first line antibiotic for treatment of N. gonorrhoeae.

About 15 years ago, Dr. Roberts’ research began to focus on antibiotic resistant gram-positive bacteria including methicillin resistant Staphylococcus aureus [MRSA], vancomycin resistant enterococci [VRE] and others shared by man, animals and their shared environment to study transmission and reservoirs using a One Health approach. She is interested in how antibiotic resistance genes and resistant bacteria move between the environment, humans and animals and ultimately, how these resistant bacteria and genes may affect clinical therapy. Recently, Dr. Roberts has expanded her sampling to include E. coli strains isolated from endangered Southern Resident Killer Whale (Orcinus orca) scat, E. coli from river otters, as well as MRSA from both captive and wild primates, which has led to studies of wild primates in Nepal (1 paper published) and in Thailand and St. Kitts (studies newly in progress).