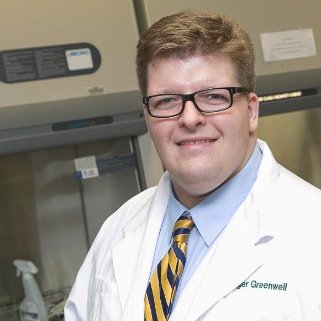 Roger grew up in Kentucky and earned his B.S. in recombinant genetics and chemistry from Western Kentucky University. He received his Ph.D. in microbiology from the University of Wisconsin-Madison in 2010, under the mentorship of Dr. Timothy Donohue. He joined the laboratory of Dr. Joanne Willey as a postdoctoral researcher at Hofstra University, studying the developmental regulation of Streptomyces coelicolor. After 2 years as a postdoc, Roger became a faculty member at Hofstra University before joining the faculty at Worcester State University in 2014. Roger joined the Northeast Branch of ASM and has served as a local councilor since 2016.