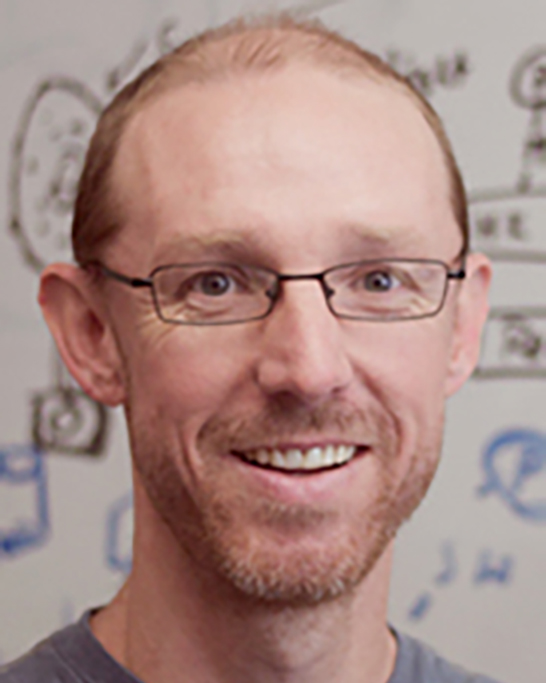 Sean Crosson is currently Rudolph Hugh Professor in the Department of Microbiology and Molecular Genetics at Michigan State University.

He grew up in Grayson County, Texas, and received his B.A. in Biology from Earlham College in 1996, a Ph.D. in Biochemistry and Molecular Biophysics from The University of Chicago in 2002, and was a postdoctoral fellow at Stanford University from 2003‐2005. Sean spent the first fourteen years of his faculty career at the University of Chicago, and moved to Michigan State University in 2019.

Students and postdocs in the Crosson Lab study the biology of bacteria that inhabit environments ranging from freshwater, to soil, to the interior of mammalian cells. His group utilizes a cross-disciplinary set of experimental tools as they work to understand how bacteria adapt their physiology to survive changing physical and chemical landscapes. Their work primarily focuses on Alphaproteobacteria including mammalian pathogens of the genus Brucella, the freshwater/soil bacterium Caulobacter crescentus, and the marine photoheterotroph Erythrobacter litoralis. In addition, his lab collaborates with clinicians and ecologists on studies of Bacteroides fragilis and other microbes that reside in the human gut.