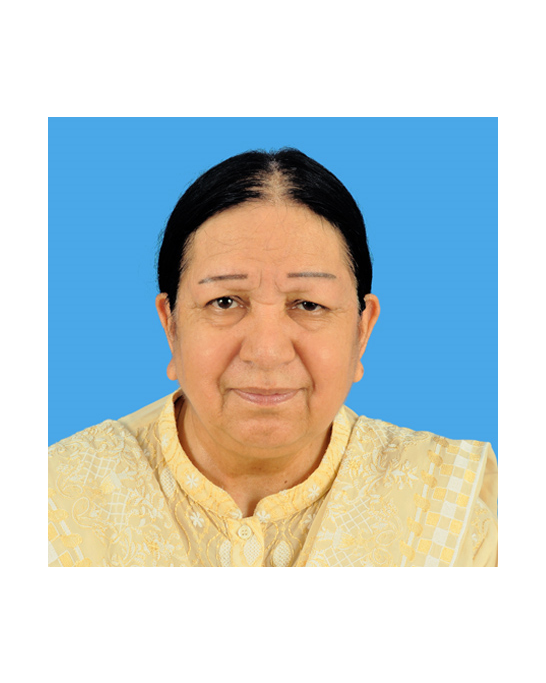 University of the Punjab, Lahore

Shahida Hasnain, Ph.D., started her career at the University of the Punjab, Lahore, in 1975 and worked in different capacities for 38 years. She earned a Ph.D. in microbial and molecular genetics (1985) and did a postdoc as a Marie Curie Fellowship in molecular microbiology at the University of Birmingham, U.K.

Hasnain established her own laboratory in microbial genetics and played a key role in the development of the Department of Microbiology and Molecular Genetics (MMG) as department chairperson (2002- 2011). She brought the department to an international level. The World Academy of Sciences has recognized this department as a centre of excellence. Besides teaching, research and administrated assignments, Hasnain also chaired the doctoral programme of the University.

For her contribution in the field of microbiology and molecular genetics, she was selected as the HEC National Distinguished Professor (2010) by Higher Education Commission, Pakistan. In 2013, she was selected as the first Vice Chancellor of the Women University Multan. She has completed many research projects and supervised several students in environmental, agricultural, medical and industrial microbiology.

Hasnain won many awards, including the UNESCO/ROSTSCA award for young scientist 1988 (Central and South Asia) and the 2017 Carlos J. Finlay UNESCO prize in microbiology. Recognizing her contribution in research and community service by establishing new the MMG Department and Women University, she was honoured with Pride of Performance by President of Pakistan in 2018. She has been a senior ambassador (Pakistan chapter) for International Society for Microbial Ecology since 2019.