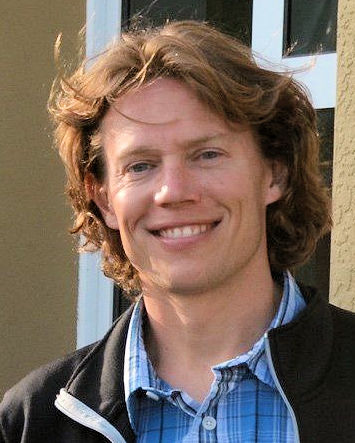 The University of Pittsburgh, School of Medicine

Vaughn Cooper is an evolutionary biologist and microbiologist. He received his bachelor’s degree from Amherst College and his Ph.D. in 2000 from Michigan State University under the mentorship of Richard Lenski, where he studied the evolution of specialization in the Long-Term Evolution Experiment of E. coli populations.

Dr. Cooper co-founded and is Director of the Center for Evolutionary Biology and Medicine (CEBaM) and founded and directs the Microbial Genomics Sequencing center (MiGS).

His awards include the 2010 Outstanding Assistant Professor at UNH and an NSF CAREER award. His research is supported by the NIH, NSF, NASA, and by the Cystic Fibrosis Foundation.

Dr. Cooper has published more than 70 peer-reviewed publications and invited chapters, and currently is supported by 12 active grants or contracts. The Cooper laboratory studies how bacterial populations (e.g. Burkholderia, Pseudomonas, Acinetobacter, and multispecies communities) evolve to adapt to new hosts and environments, particularly in biofilms. Other major interests include the evolution of antimicrobial resistance and why genome regions mutate/evolve at different rates. The laboratory also develops and promotes a laboratory curriculum called EvolvingSTEM, which enables high school students to learn key topics in evolution and heredity by conducting a week-long experiment with bacteria.