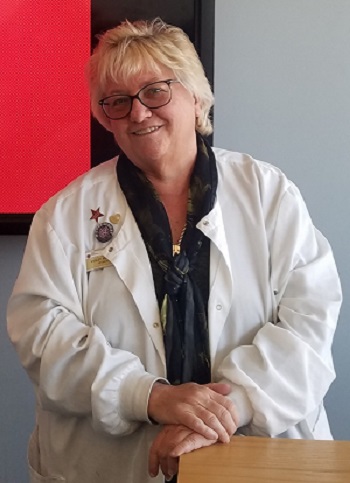 Violeta Rekasius graduated with a B.S. in Biology from the University of Illinois in Chicago. Afterwards, she enrolled in the Medical Technology program at Holy Cross Hospital in Chicago, where she was employed for 5 years and worked in clinical microbiology. During that time, she attended a lecture presented by the late Dr. Paul Schreckenberger, who was the supervisor of the clinical microbiology laboratory at University of Illinois Hospital, decided that she had much more to learn and took a position there for the next 5 years. During that time, she completed 36 graduate hours in microbiology but chose to further her career and accepted a supervisory position in the Infectious Diseases Laboratory at the University of Illinois Hospital. In 1990, she took a position as technical specialist at Loyola University Medical Center in Maywood, Illinois in the clinical microbiology laboratory, where she is still currently employed.

During her career she has been mentored under the direction of so many talented and well respected directors such as Drs. Ron Stanke, Elmer Koneman, Bill Janda, Ken Thompson, Claudia Libertin, Roberta Carey, Sheri Yung, the late Dr. Paul Schreckenberger and currently, Dr. Amanda Harrington. Violet was a member of the very first ASM Quiz Busters in June 2013 and was also a member of the CLSI AST Outreach Working Group. She has many abstract and journal publications and has been an active member of SCACM and ISM, where she served as clinical councilor and secretary and received the ISM Tanner Shaughnessy Merit Award in 2015.