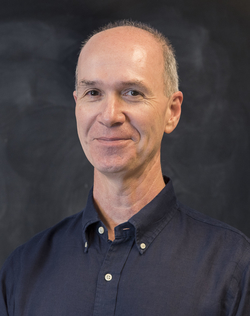 His lab studies two unusual aspects of microbial metabolism with important biomedical, biotechnological and environmental ramifications. One set of projects explores production and consumption of reduced phosphorus compounds. This research has revealed a surprising diversity of phosphorus redox chemistry in biological systems, with significant ramifications for the global phosphorus cycle. He is particularly interested in the discovery and characterization of novel phosphonic acid antibiotics via genome-mining approaches, with specific projects aimed at elucidation of their biosynthetic pathways and exploration of their molecular diversity and bioactivity. A second set of projects focuses on the development and application of genetic techniques for methanogenic Archaea. This research aims to characterize energy conserving methanogenic metabolism and the mechanisms of archaeal gene regulation, which impact a number of important to human problems, including the production of renewable fuels from biological materials, waste treatment, and climate change.