Letter From the Editor: Microbes Between Us: How Pathogens Move Between Species and Environments

Letter From the Editor: Microbes and One Health

Although it is not a new concept, many people were not familiar with "One Health" before the SARS CoV-2 pandemic. The evidence that SARS CoV-2 came from bats, coupled with the search for other intermediate hosts between bats and humans, emphasized the importance of animal-to-human transmission as a source of emerging infectious diseases in humans. [I know, humans ARE animals! However, from a public health, agriculture and companion animal perspective, it is useful to distinguish humans from other animals.]

The One Health concept includes the environment as well as animal and human health. Environmental health also plays important roles in the transmission of infectious diseases to humans and animals. Some infectious diseases are transmitted to animals and humans directly from the environment. In other cases, disruption of the environment increases interactions between humans and wild animals, increasing the risk of exposure. [For a nice example, check out the short trailer at the end of the movie Contagion, which portrays an outbreak of Nipah virus.] Environmental health is also crucial for agriculture, including the health of livestock, fish and plants. Changes in the environment can promote the transmission of animal and plant diseases, limiting the availability of food supplies required for human health. In contrast to the natural cycles of variation that influence the environment, humans have disrupted the environment in ways that result in long-term impacts, including unnecessary use of antibiotics, pesticides and herbicides; clearing forests for agriculture or cities; and climate change associated with the burning of fossil fuels.

Microbes are core to this interplay among environmental health, animal health and human health, from the rhizobiome that influences plant growth, to healthy microbiomes in animals and humans, to infectious disease. Since microbes don’t care about borders, One Health relies on international cooperation and collaboration.

A nice example of international collaboration is described by Kate O’Rourke in her article about how the mysterious disease that was killing chimpanzees in Sierra Leone was identified. Several additional examples of the teamwork required to understand microbial mysteries are described in the Hot Topics section.

The impact of One Health approaches to protect crops, livestock and fish that are essential for the global food supply is described in the article by Stephen Ornes. Rather than previous approaches that were focused on agricultural impacts by culling infected farm animals or clearing fields with plant diseases or the extensive use of antimicrobials to reduce disease, One Health approaches are focused on surveillance to allow rapid responses and enhancing biodiversity to reduce disease transmission.

We have known for a long time that most infectious diseases in humans are acquired from animals. However, we often forget that animals acquire infectious diseases from humans as well, including SARS CoV-2. The article "We Are All Connected" by Stephen Ornes describes numerous examples of animals acquiring infectious diseases from humans. Understanding the transmission of these diseases requires that physicians, veterinarians and scientists share knowledge and data. This is nicely emphasized with the story of how Tracey McNamara, a veterinary pathologist, uncovered the cause of West Nile Virus. In response to our understanding of One Health, ASM developed training programs in Africa and Asia and continues to work on enhancing One Health training around the world.

In "Hugs, Kisses and Microbes," Ashley Robbins describes the transmission of infections between people and our pets. Although pet turtles and chicks get a bad rap for the transmission of Salmonella, this article gives some insights into our microbial relationships with pet dogs. And although bats are often demonized because they transmit a variety of pathogens to humans, they play important roles in the ecosystem by pollinating plants, dispersing seeds and consuming insect pests. In the article "Are Bats Developing Resistance to White-Nose Syndrome?," Ashley Hagen describes a pandemic of a fungal pathogen that is killing bats in the U.S. and Canada. The summary from ASM experts on zoonotic diseases ties together many of these examples.

Finally, Ashley Hagen and I describe some recent publications that we found particularly interesting – a list that spans a range of topics from issue to issue that reflects our eclectic fascination with microbes.

Microbiologists propagated the concept of One Health over a century ago – notable figures in our discipline like Louis Pasteur, Robert Koch and others whose early discoveries were influenced by the ubiquitous presence of microbes in humans, animals and the environment. Likewise, because we teach about how microbes affect the health and disease of soil, water, plants, animals and humans in introductory microbiology courses, I think microbiologists are predisposed to understand the importance of One Health. We have made strides in integrating this concept into a variety of applications, but there is still tremendous opportunity and need to apply One Health approaches to our thinking and response to global health. 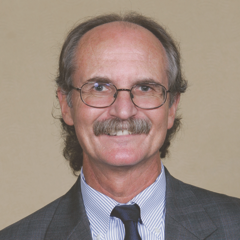 Stanley Maloy is a Professor of Microbiology and Associate Vice President for Innovation at San Diego State University.