In 2005, chimpanzees at the Tacugama Chimpanzee Sanctuary in Freetown, Sierra Leone, started dying from a mysterious illness. Characteristic signs were neurologic, such as weakness, ataxia and seizures, and gastrointestinal, such as abdominal distension, anorexia and vomiting. The illness came on quickly, with some chimps being found dead before caretakers even knew they were sick. Even after staff veterinarians aggressively treated the chimps, the fatality rate was 100%.

The mystery disease continued to plague chimpanzees year after year, mostly affecting animals during March and April. Histopathology investigations were unsuccessful at identifying a culprit. Researchers couldn't find a parasite, toxic plant or virus that was responsible for the disease. Testing of stomach contents and water quality didn't turn up anything. Years went by, and chimpanzees kept dying.

Ismail (Izzy) Hirji, D.V.M., was the resident veterinarian at Tacugama Sanctuary from 2016-17 and now serves as a consultant veterinarian for the sanctuary. He said the sanctuary instituted several management changes that decreased the prevalence of the disease. "Because the deaths were happening in the afternoon, the hottest part of the dry season, we kept the chimps indoors for the afternoon. We also added additional water stations to make sure they were adequately hydrated. Those two things made a difference in mortality, but we don't know why," said Dr. Hirji.

In 2016, Tony Goldberg, Ph.D., D.V.M., professor of epidemiology in the School of Veterinary Medicine at the University of Wisconsin-Madison, received an email pleading for help from Gregg Tully, CEO of the Pan African Sanctuary Alliance, an umbrella organization for primate sanctuaries across Africa. "Greg knew through connections that I do work on epidemiology and microbiology of primate diseases, and he told me about this terrible problem that they had been having for a decade at Tacugama. He said they were at the end of their rope and they didn't know what to do," said Dr. Goldberg.

Dr. Goldberg agreed to help. "My lab has developed techniques for pathogen-hunting, where we can take any type of biological sample and process it to identify all the microbes in it using a specialized set of lab and bioinformatic methods," he said. "It involves massively parallel deep sequencing and metagenomics. We have used these methods to crack other mystery diseases in primates in the past."

Getting the chimpanzee samples out of Sierra Leone during a West African Ebola outbreak was the hardest part of the investigation. Chimpanzees have the most highly protected status of any animal or plant by the Convention on the International Trade of Endangered Species (CITES).

"We had to get CITES import permits from the United States and export permits from Sierra Leone, and we had to have them match," Dr. Goldberg said. "We had to coordinate everything so that the samples, which were being stored in a freezer at a local hospital, could somehow be shipped here frozen." The permitting process was a real challenge, and even more frustrating due to the fact that chimps were dying during the struggle to get the permits. From 2005-18, 56 chimpanzees died at the sanctuary.

In 2017, the frozen samples of tissue, blood and stomach contents from affected chimpanzees and healthy chimpanzees from the sanctuary finally arrived in the United States. Dr. Goldberg and colleagues, including Leah Owens, a D.V.M./Ph.D. candidate working in Dr. Goldberg's laboratory, got to work conducting a case-control study.

While some parasitology had been done on site at Tacugama, an additional parasitology examination confirmed that no parasites were case-associated, said Owens. Virological examinations also did not identify a smoking gun. The researchers found viruses in all of the samples, but they found no different viruses in the cases than in the controls.

The researchers then turned their efforts toward examining bacteria of the samples through microbiome analysis. They found a bacterium that did not match any known species in 13 of 19 cases of what was now being called epizootic neurologic and gastroenteric syndrome (ENGS), but not in any controls. That bacterium turned out to be a member of a genus called Sarcina.

"Almost all of the cases had sequences of a bacterium of a genus that I had never heard of before, Sarcina, and none of the controls had it," said Dr. Goldberg. "In the cases, we found it not just in the stool samples, but we found it in the heart, the brain, the kidney, the liver and the deep organs of some of these sick and dead chimps."

Sarcinae belong to the family Clostridiaceae, which contains known pathogens like Clostridium difficile and Clostridium botulinum, which are bacteria known to produce toxins and cause severe gastrointestinal disease. The researchers first thought the bacteria might be Sarcina ventriculi, which was discovered in 1840 in the vomit of a patient suffering from chronic gastrointestinal disease. Further sequencing, however, determined that they had found a new species of Sarcina, which they named Sarcina troglodytae. "We did a little bit more sequencing and discovered it was a separate species of Sarcina that was not one of the two known strains, Sarcina ventriculi or Sarcina maxima," said Dr. Goldberg.

All sarcinae share a distinct and unusual morphology: Upon dividing, the cells stick together and create tetrads, or square packets of cells. "We had seen the evidence in the sequencing data, but it was when we started looking in the tissues and saw the unmistakable cubes of cells that we knew for certain this was a definitely a Sarcina," said Owens.

Like other Sarcina species, S. troglodytae did not contain any toxin genes, but it did have pyruvate decarboxylase (PDC), an unusual gene that allows sarcinae to produce large amounts of ethanol and gas in acidic environments like the stomach. Unlike any other known sarcinae, the researchers found evidence of a functional urea degradation pathway, which enables pathogens to invade host tissues. "These two biochemical pathways in our bacterium together allow it to invade tissues very easily and, as a byproduct of its unique metabolism, to make ethanol. In other words, it can leave the gastrointestinal tract and travel to other organs, like the brain, and produce ethanol there, which is highly toxic," said Owens.

In addition to neurological signs, the researchers say this newly identified bacterium causes gastric dilation and a very serious gastrointestinal disease caused emphysematous gastritis, owing to its ability to produce copious amounts of carbon dioxide. "Emphysematous gastritis is basically gas bubbles in the walls of your gastrointestinal tract. It is deadly," said Dr. Goldberg. "If your stomach tissues and intestinal tissues are full of gas pockets, you will die very quickly of shock, which is exactly what we have seen in some of the chimpanzee ENGS cases." "I am confident that this bacterium plays a significant role in this disease, but we are equally confident that it is not the whole story," said Dr. Goldberg.

Based on their new findings, veterinarians have made several changes at Tacugama. First, all chimpanzees get probiotics to encourage the growth of healthy bacteria to discourage the uncontrolled growth of Sarcina troglodytae. Second, affected chimpanzees receive antacids to take down the acidity level that the bacteria thrives on. Third, because the bacteria also thrives on carbohydrates, the chimpanzees' diet changed from a carbohydrate-rich diet to a fiber-rich diet. And fourth, impacted chimpanzees are given antibiotics that are known to be effective against Sarcina in humans.

Kirsten Gilardi, D.V.M., executive director of Gorilla Doctors, a program that provides veterinary care to eastern gorillas in East Central Africa, and director of the Karen C. Drayer Wildlife Health Center at the School of Veterinary Medicine at the University of California, Davis, says she is very impressed with the investigation, which was laid out in a study published in Nature Communications (2021;12(1):763). "What really struck me about this paper was the elegance with which the investigation rolled out," said Dr. Gilardi. "I remember hearing about this mystery disease that was causing mortality at the sanctuary, and lots of people around the world were scratching their heads about what it could be. They were ruling out potential obvious causes early on and kept coming up with no etiology. So then to follow in this paper, the solving of this mystery ... the investigation was really well done. I was really impressed with how they really brought all the tools to bear to diagnose this fatal disease in these animals."

Sharon Deem, D.V.M., Ph.D., Dipl. A.C.Z.M., director of the Saint Louis Zoo Institute for Conservation Medicine and a wildlife veterinarian and epidemiologist, also said she was impressed with the investigation. "I think the investigation is incredibly strong in the various diagnostics that they did and the epidemiological tools they used," said Dr. Deem. "The sequencing was really nice science."

Dr. Goldberg said they are applying for funding to work on such unanswered questions as where the bacteria comes from, why it impacts chimpanzees in a seasonal pattern, why it does not impact humans, and why it seems to impact animals only at the Tacugama Sanctuary. 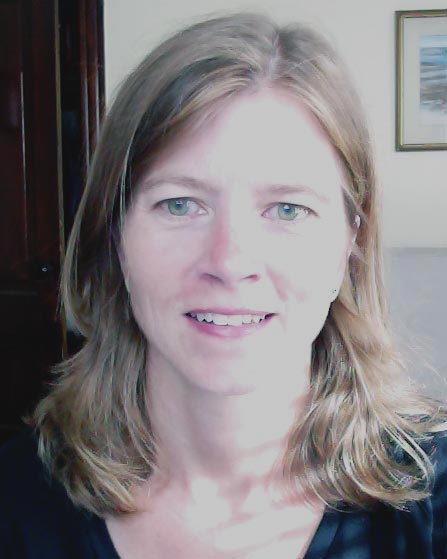 Kate O'Rourke is a freelance science writer living in Portland, Maine. She has been writing about science and human and animal health for over 20 years.