We Are All Connected: Looking at the Big Picture with One Health

Early in the summer of 1999, county health departments across New York began to report an alarming and widespread uptick in the number of dead birds found on the ground. Between May and November, there would be more than 15,000 dead birds reported.

At the time, Tracey McNamara, D.V.M., D.A.C.V.P., was a veterinary pathologist at the Bronx Zoo — one of only a handful of zoos with a pathologist on staff. Dead crows had shown up on the city sidewalks outside the zoo, and by August, Dr. McNamara was finding dead birds in animal exhibits as well. "We were worried that whatever they had would spill over into our captive collection," she recalled. And it did. Within a few weeks, three flamingoes and a few other birds, including a bald eagle, had died.

Dr. McNamara practices what she calls a Zen approach to comparative pathology: Keep an open mind, and don't rule anything out. "Every case you see may be something new," she said. So it went with the birds. At the same time as the mysterious bird die-off, the city was facing another growing menace, a surge in the number of human deaths from a kind of encephalitis. Dr. McNamara suspected the two were connected. She called the Centers for Disease Control and Prevention but says the agency repeatedly ignored her concerns because the CDC studies people, not animals. "They said, 'We don't do flamingoes.' "

Her suspicion would prove correct, however. After exhaustive tests, researchers found identical genomic sequences in the infected birds and humans. The culprit was West Nile Virus, which before then had never been seen in North America. There's no evidence that birds pass the virus to people or vice-versa; rather, it is transmitted by infected mosquitoes. But if vets and human health researchers had been listening to each other, Dr. McNamara said, they might have caught the encephalitis outbreak two or three months sooner, and saved lives.

The emergence of West Nile virus in North America illuminated a stark divide between veterinary and human medicine, even though, as Dr. McNamara says, "the link between them is so obvious." West Nile isn't a freak outlier. Many dangerous and infectious pathogens have close ties to animals and the environment.

In 2009 and 2010, hundreds of thousands of people died worldwide from being infected with the H1N1 virus, or "swine flu," which was first identified in pigs in the United States 20 years earlier. The Zika virus, which caused an epidemic in 2007, was first identified in monkeys in 1947. A growing number of domesticated, wild and captive animals have tested positive for SARS-CoV-2, including pumas, wild mink, gorillas, snow leopards, and dogs and cats. The virus likely jumped from humans to the animals, where it could mutate and return to infect people in months, years or decades.

Of the more than 1,400 infectious diseases known to infect people, pathogens that infect animal species cause more than 60% of them. These diseases show that the health of humans is inexorably tied to that of animals and the environment. And those connections could be exploited, say experts, to identify infectious diseases in nature before they threaten human health. Many emerging pathogens come from the environment or are already present in animals; the challenge, then, is to be able to see them and recognize a troublesome signal, said Dr. McNamara.

That interconnectedness drives an idea called One Health, an approach to addressing and solving health issues by thinking about how these three domains influence each other, and how knowledge in one area can inform new advances in the others. Its potential impact reaches beyond infectious diseases. Antimicrobial resistance (AMR) is another area that demands a One Health approach: The use of antimicrobials in animals — like cows or chickens — can contribute to the emergence of antimicrobial-resistant bacteria, which in turn can end up in humans and undermine the effectiveness of medical treatments for infections. The World Health Organization has identified a One Health approach to AMR as a challenge that will shape global health.

The idea of One Health likely seems intuitive to researchers in the microbiology community, said microbiologist Stanley Maloy, Ph.D., at San Diego State University, who has long been involved with One Health projects at the American Society for Microbiology (ASM). The One Health concept, he says, is like a 3-legged stool, with microorganisms playing key roles in processes that bridge the 3 domains, he says. "There's a lot of exchange between the environment, animals, and humans, and that comes through microbes," Dr. Maloy said.

Many ongoing global One Health projects focus on sharing knowledge and resources with lower and middle-income countries, said microbiologist and immunologist Martin Evans, Ph.D., who consults for the ASM on international AMR surveillance projects sponsored by the CDC. "What a One Health approach to AMR does is promote public health decision-making in all sectors based on facts and data," he said. "The ASM joins a global effort to provide technical guidance and expertise in making this happen."

An awareness of the inexorable connections between the health of people and the health and well-being of animals and the environment isn't new; it's as old as medicine itself. About 2,400 years ago, the Greek physician Hippocrates speculated that human diseases weren't just a result of an imbalance in the life forces known as "humours," they also arose from animal or environmental sources. More than a century ago, the German physician and pathologist Rudolf Virchow — who gave us the term zoonosis — argued for the necessity of a comprehensive approach to health. "Between animal and human medicine, there are no dividing lines — nor should there be," Virchow wrote. "The object is different, but the experience obtained constitutes the basis of all medicine."

Although a series of physicians and researchers rearticulated Virchow's idea during the 20th century, it wasn't until recently that disparate fields began to collaborate on an overarching plan to apply a One Health approach in disease prevention and AMR. The ASM became involved with global One Health efforts about 15 years ago, after the American Veterinary Medical Association highlighted the importance of bridging the disciplines and proposed an interdisciplinary global consortium of experts in the three fields.

"That really got the ASM thinking about all the things we do in this One Health way already," said Dr. Maloy. Researchers within the ASM community have long studied the roles of microbes in the environment and in human health, for example, and shared that knowledge not only with other scientists but with Ministries of Health and public health departments around the world. The 2008 collaboration suggested a new way to move forward. "That led to a lot of thinking about future pandemics and disease," says Dr. Maloy. "These were all topics within ASM before that, but One Health gave us a context for thinking about them in a valuable way."

Throughout Africa and Asia, in projects in Cameroon, Kenya, Tanzania and elsewhere, ASM has been establishing laboratories and training scientists to promote evidence-based public health programs. The goal is to provide these countries with the resources and training to get started — and then ultimately to run them on their own, said Koss Mensah, M.P.H., who works on ASM's global public health programs. "We are supporting them right now, but the key is to ensure sustainability," Mensah said. "We work with them to understand the problem, and then they can carry their own weight."

Those international programs must be based on robust surveillance, said Dr. Evans. "A major part of One Health, whether in humans or animals or the environment, is AMR surveillance," he said. "Indeed, surveillance is the key component." Only by tracking the emergence and evolution of AMR can researchers determine the best antimicrobial treatment for people and animals, influence policy decisions, and measure the benefit of interventions.

In Tanzania, for example, ASM has been involved in AMR efforts for more than a decade. In 2019, bolstered with financial support from the Fleming Fund and in collaboration with the Tanzanian government, ASM launched a national program to build local and sustainable resources for AMR surveillance in humans and animals.

The effort includes renovating and supplying laboratories in Dar es Salaam and beyond — not only labs for human health, but also for animal health. The program goal is to ensure that each laboratory implements and follows the same guidelines. That means that samples must be collected, prepared, transported and analyzed according to best practices, and that data are managed, verified and reported within the national AMR surveillance network in uniform ways. It also means that animal and human health experts, communities and policymakers need clear paths of communication to be able to share findings related to AMR surveillance status and any public health responses, including risk.

As a result of these efforts, said clinical microbiologist and immunologist Mtebe Majigo, M.D., of the Muhimbili University of Health and Allied Sciences, "the data from animal and human health will come together." When the program began, said Dr. Majigo, the animal health program lagged behind, lacking facilities and infrastructure. ASM and its partners procured supplies, and "we were able to train lab staff to implement all of our surveillance activity," Dr. Majigo said.

In Cameroon, working with the One Health Institute at the University of California, Davis, ASM is helping develop a One Health curriculum for a post-graduate diploma. It will be used to train local scientists to develop expertise and help promote the sustainability of a One Health approach to AMR. "We have experience in AMR that they don't have yet," said Dr. Evans. "The ASM includes a really diverse group of scientists, with significant expertise and specialists in human or animal or environmental science."

Like many countries, Cameroon currently lacks a trained workforce with a skillset that could successfully implement a robust One Health program. "If you're going to do this well, you need expertise in every area," said Dr. Evans. "That's why educational environments are a really good idea. This is the first time I've seen One Health develop into an academic program in Africa."

Programs that take a One Health approach have the potential to identify trouble in the environment or in animals before it wreaks havocs on humanity. "It could be in plants, it could be animal diseases," said Dr. Maloy. "If you have some big outbreak that influences plants, then you could impact food security. There's this clear interrelationship among these things."

Predicting new threats, he said, is the core issue behind One Health, "that idea of changing the way we respond to infectious diseases." Instead of responding to outbreaks with treatments, he said, One Health offers a way to focus on early identification: "Potentially, you could develop an upstream block." That ability will become critical to human health, he said, as climate change will likely impact the way that diseases and pathogens move through plant, animal and human populations.

COVID-19 offers a grim reminder of the consequences, said Dr. Maloy. "One thing that COVID has made us realize is that pandemics will be an integral part of our life," he said. "We need a better way of predicting outbreaks before they happen." 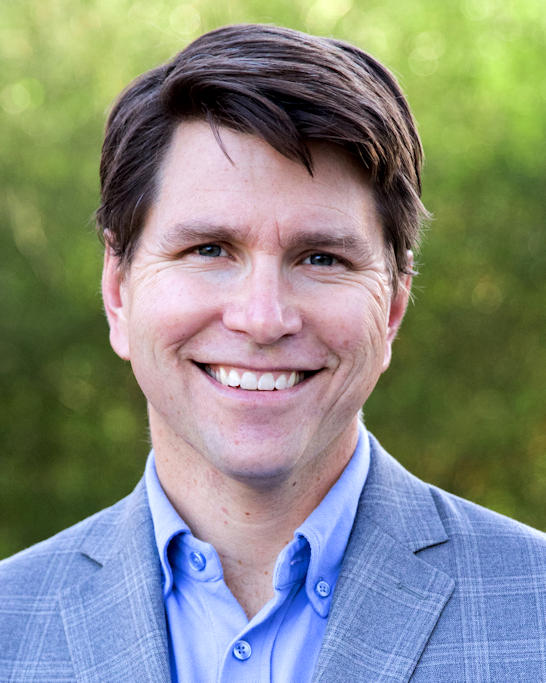