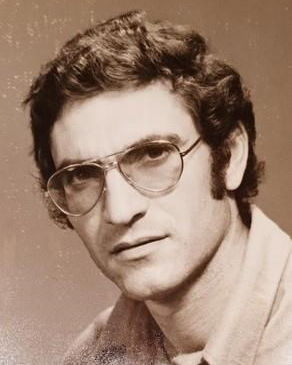 Born in a moshav near Tiberius, Israel, Dec. 29, 1944, Arie was the son of the late Yitzhak and Bruria (Gerassi) Ben-Bassat (z"l). After graduating from a college preparatory school, Arie served in the Israel Defense Forces as a paratrooper, and then received his MS and Ph.D. in Microbiology from the Hebrew University of Jerusalem. His Ph.D. research was conducted at the Hadassah Hospital research facility in Ein Kerem, Jerusalem. In 1978, Arie and his family moved to the United States. He served as a post-doctoral researcher in the Department of Bacteriology at the University of Wisconsin, and upon completion of the post-doc, began working at Cetus Corporation (later Chiron), a California biotech firm responsible for discovering PCR genetic decoding. In 1992, he moved to Florida to work for a small biotech company, and in 1995, he was recruited by DuPont Corporation (in Delaware) to serve as Microbiology Research Scientist. He retired from DuPont in 2015.

Preceded in death by his parents, and his brothers David Ben-Bassat, Ph.D. (z"l) and Shmuel Ben-Bassat (z"l), Arie is survived by Laura Michelle Kaplan, JD (Elaine Ben-Bassat), his former wife of 28 years, with whom he continued to share mutually friendly and supportive contact, by their children, Oren Ben-Bassat, Ph.D., and Daniella Ben-Bassat , BFA, and by his brother Ami (Eti) Ben-Bassat.

"Arie was a brilliant scientist, an avid reader and chess player who loved classical music and adventure travel," relayed Laura Michelle Kaplan. "His humble, calming demeanor and quiet sense of humor will be missed and lovingly remembered by all who knew him."