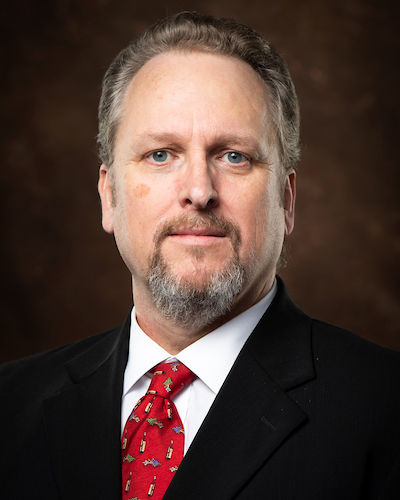 Dr. Benjamin (Benjie) Blair, Professor of Biology at Jacksonville State University, passed away on October 20, 2020. Dr. Blair was a member of the American Society for Microbiology (ASM). He was active in the Southeastern Branch of ASM for more than 20 years, where he served in various leadership roles, including a term as President and numerous terms as Executive Secretary of the Branch. He was recognized by the Branch with the ASM Margaret Green Teaching Award (2006) and the Ivon Roth Award (2010).

After earning Bachelor's and Master's Degrees (1989, 1992) from Jacksonville State University (JSU), and a Ph.D. in Microbiology (1999) from Mississippi State University, Dr. Blair returned to JSU to start work as an Assistant Professor. He was promoted to Associate Professor in 2001 and full Professor in 2011. In 2012, he served as president of the Faculty Senate. Dr. Blair was recipient of the Dean's Award of Arts and Science at JSU in 2007, and he was awarded by the JSU Student Government Association with the 2019-2020 SGA Golden Apple Award for his dedication to teaching the younger generation of scientists.

Dr. Blair taught courses in General Microbiology, Immunology, Medical Microbiology, Symbiotic Associations and Microbial Ecology, and his research focused on the impact of various bacteria and viruses on human health. He served as an instructor and Board member for the JSU Honors Program, a program designed to provide academically gifted students with an enriched educational experience to foster independent, critical thinking and effective communication. He chaired the Biology Department's Pre-Health Professional Committee for students planning to attend post-graduate programs such as medical school. In 2018, he led students on a study abroad trip to Costa Rica to explore its biological diversity, life, culture and natural history.

Throughout his time at JSU, Dr. Blair demonstrated unwavering devotion to his students and their professional development. He served on at least 100 thesis committees for graduate students. He maintained his teaching duties throughout his illness, and even in the final weeks of the illness, he wrote letters of recommendation for students and for colleagues applying for tenure or promotion.

Outside of his work with JSU and ASM, Dr. Blair enjoyed spending time with his family, especially traveling to Walt Disney World. He was married to longtime Biology Adjunct Instructor Stacy Blair, and they share 2 daughters who both attend JSU, Raven and Savannah.