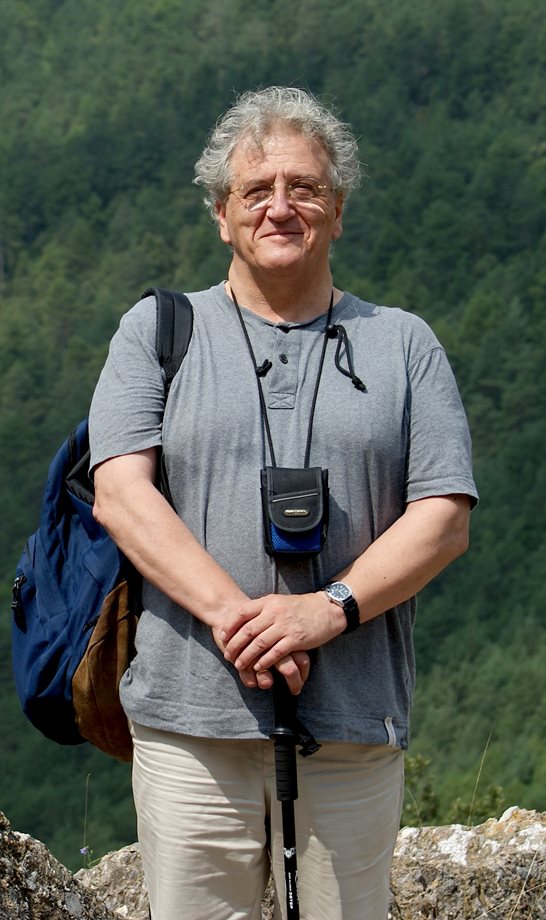 Josep (Pep(e)) Casadesús, professor and vitalist microbiologist, died on August 2, 2022, at 70 years of age. He was Professor of Genetics at the University of Seville and devoted his life to Salmonella enterica as a model organism of bacterial pathogenesis and microbial genetics.

Josep Casadesús, who signed himself "Pep(e)" to consecrate the union of his homelands (“Pepe” is a Spanish nickname for Joseph, “Pep” in Catalan), was born in Casserres, a small village in the Berguedà region, Catalonia, Spain. He obtained his Ph.D. working with Rhizobium at the Estación Experimental del Zaidín, CSIC (Granada, Spain) under the supervision of José Olivares. As a postdoc, he received training in molecular biology at the University of Sussex (Falmer, England) working with Ray Dixon, and in bacterial genetics at the University of Utah (Salt Lake City, USA) working with John Roth. He was visiting professor at the Biozentrum, Universität Basel (Switzerland) and at the Università degli Studi di Sassari (Sardinia, Italy).

In 1995 Dr. Casadesús promoted the creation of the Molecular Microbiology Group of the Spanish Society of Microbiology, of which he was President until 2000. He also served as Vice-President of the Spanish Society of Genetics (1995-1999). He was a member of the American Society for Microbiology (ASM), and from 2005 to 2010, he was Ambassador of ASM in Western Europe. Over the years, he has been an active editor and translator of books. Max Delbrück's philosophical legacy "Mind from Matter?" was his favorite Spanish translation. Some of his most memorable editorial/translating work are the significantly titled "Deciphering Life" (1994), together with Ruiz Berraquero, and his most recent editorial task, "Epigenetics of Infectious Diseases" (2017), co-edited with Walter Doerfler. He was Editor of Plasmids, International Microbiology and PLoS Genetics. In 2018 he was elected Fellow of the American Academy of Microbiology and in 2019 of the European Academy of Microbiology.

In recent years, Pep(e)'s research focused on DNA methyltransferases. He went a step further in the understanding of genetic information, studying how that information also flows between genes (transcriptional control, epigenetics) through DNA modification processes. It should be noted that when he started working in this area, the field was very small and the few laboratories interested in bacterial epigenetics formed a small club. In the last six or seven years, he was enormously pleased to see a dramatic growth of the field and an increasing number of inspiring papers on bacterial DNA epigenomes. He was conscious (and happy) to see the extent to which he had personally contributed to opening up a fertile field of life research.

That was Pep(e), he genuinely enjoyed the common advancement of science in the purest sense. He believed that there are many exciting developments underway in microbiology. He was especially attentive to the possibility of exploring whether there were ordered patterns in genomic reduction, how microbial interactions were explained in microbiomes, phage therapy, single cell genomics, and epigenetic modification of the eukaryotic genome driven by host-pathogen interactions. He indicated that he would have liked to make more progress in mathematical modelling of complex processes; crucial to understanding what is going on and especially where to explore.

Pep(e) was in love with Microbiology, and he knew how to transmit his passion for knowledge and science to his students. Pep(e) had a very broad international career, and could have settled in any country in the world. However, he chose Seville, interrupted by summer courses in Santa Pola, to instil in young people not only love, but also respect, for science and strict and precise experimentation. He did not like big headlines or journals that followed scientific fashions. He preferred the classical journals. And eating. He could not conceive of a scientific meeting, a thesis or a visit without enjoying local delicacies, perfectly paired with wine, and a long conversation in which he could talk about science, literature, philosophy, or art – for instance about the altarpiece by Pieter Kempeneer in the “Cathedral” of Santa Ana in Triana, a Seville’s suburb.

Pep(e) embraced life with enthusiasm and cared for his friends and colleagues. As a consequence, the immense regret of his premature departure, quick, unobtrusive, very Pep(e)-like.

He never shied away from talking about death, which always seemed to him to be a natural part of life. When his father died in 2007, his particular tribute was to listen to the Requiem by Johannes Brahms, in a version he had bought in advance seeing that the moment was approaching. Apart from the fact that he had always been a Brahmsian, the fact that Brahms composed the Requiem when his mother died made it especially appropriate. Also, as he said, Brahms is Lutheranly austere and serene, especially in his second movement, which was always his favorite. Denn alles Fleisch (Then all the flesh), es ist wie Gras (it is like grass), und alle Herrlichkeit des Menschen (and all the greatness of man) wie des Grases Blumen (it is like the flower of the meadows); Das Gras ist verdorret (the grass is dry), und die Blume abgefallen (and the flower is withered).

But like the grass and the flowers, the memory of Pep(e) Casadesús will grow again forever.

Nothing is small in microbiology, because microbes, even a single microbe, offers the most complete picture of Nature, of all Life. That is why those who love a microbe love life; that is why our friend – he will forever remain our friend – is a vitalist microbiologist. He always included at the end of his messages a phrase, in French, by Louis Pasteur that undoubtedly defines his passion: "Messieurs, ce sont les microbes qui auront le dernier mot"; "le dernier mot," the last word, which he invites us to listen to attentively, because that word contains Life.

Let us celebrate having been able to eat with him in the green fields nourished by the eternal microbes, possessing the last word. Thank you for having lived, dear Pep(e), thank you, dear friend.