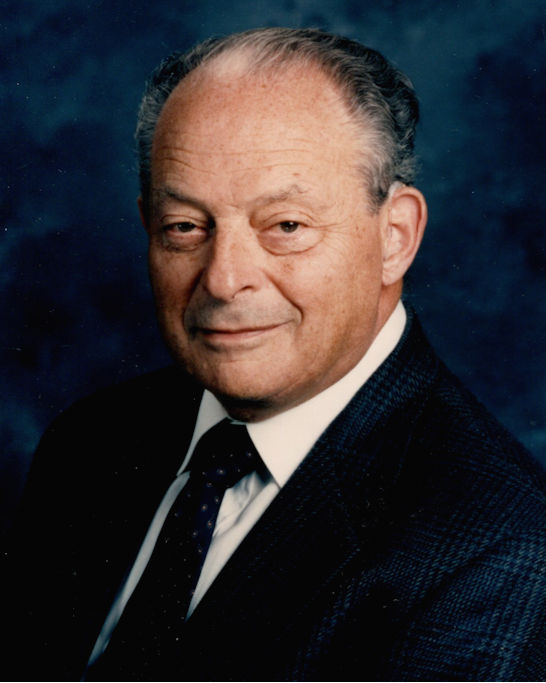 Charles Yanofsky, one of the world's most influential geneticists, passed away March 16, 2018 at age 92. Yanofsky was Professor Emeritus at Stanford University. Over the course of his career he made numerous groundbreaking discoveries that became the foundations of molecular microbiology. His contributions spanned 50+ years and had a direct and lasting impact on diverse areas of microbiology. Yanofsky, long-time member of the American Society for Microbiology (ASM), also was a member of the American Academy of Arts and Sciences, the National Academy of Sciences and the Royal Society of London, and a fellow of the American Academy of Microbiology. He was past president of the American Society of Biological Chemists and of the Genetics Society of America, and was a Career Investigator of the American Heart Association. He received the Albert Lasker Award in Basic Medical Research and the Genetics Society of America Medal, among many other awards, including ASM's Eli Lilly Award in Bacteriology and Immunology in 1959 and the Abbott-ASM Lifetime Achievement Award in 1998.

"… (Yanofsky's) first major contribution was the elucidation of the pathway of synthesis of tryptophan from niacin in Neurospora crassa. Dr. Yanofsky's work continued to have an impact on the field of microbial physiology with his elucidation of the complete pathway for tryptophan biosynthesis in Neurospora and E. coli. This work provided critical insights into microbial metabolism upon which thousands of studies of different microorganisms now rely.

In the 1960s, Dr. Yanofsky began work on the structure of proteins and genes responsible for tryptophan biosynthesis. He used the expression and regulation of these proteins as tools to dissect the inner workings of the cell's genetic apparatus. This work on the nature of mutations that prevent tryptophan biosynthesis produced some of Dr. Yanofsky's most significant discoveries. His remarkable exploitation of the E. coli tryptophan operon to work out the biochemical pathway of the synthesis of an amino acid and to elucidate fundamental aspects of transcription and translation, such as missense suppression and polarity, are historic achievements.

Dr. Yanofsky also made seminal contributions to the field of microbial gene regulation. He provided a detailed elucidation of how expression of the genes that encode the tryptophan biosynthetic enzymes respond to exogenous tryptophan. The importance of this contribution is hard to overestimate since attenuation is a major mechanism of gene regulation in all prokaryotic microorganisms. Dr. Yanofsky also elucidated the mechanism by which the trp repressor regulates the same set of genes. This began a whole generation of subsequent studies by others into the mechanisms of repressor functions …"

In 2003, Yanofsky was awarded the 2003 National Medal of Science for "his fundamental contributions to our understanding of how genetic messages are read and translated into proteins, including important mechanisms of RNA-based gene regulation." One of the key contributions was proving "that gene and protein sequences are colinear." As noted in the National Medal of Science awards citation (authored by Jeremy Gordon), "… Yanofsky and his colleagues definitively proved the colinearity of gene and protein sequences – or the "one-to-one" relationship between genes and proteins – which helped to reveal the nature of genetic code." Work from his lab also revealed how the tryptophan operon in E. coli is regulated by transcriptional attenuation as well as a repressor. They used this knowledge to develop effective tools to regulate gene expression.

Yanofsky trained and served as mentor to numerous young scientists throughout his career, many of whom have gone on to make contributions in genetics and other emerging fields such as biotechnology.

Summing up Yanofsky's life and legacy, Stanley Maloy, Past President of the American Society for Microbiology, and Dean of the College of Sciences at San Diego State University, commented, "In addition to being a brilliant scientist and a wonderful mentor, Charley was a genuinely nice guy!"