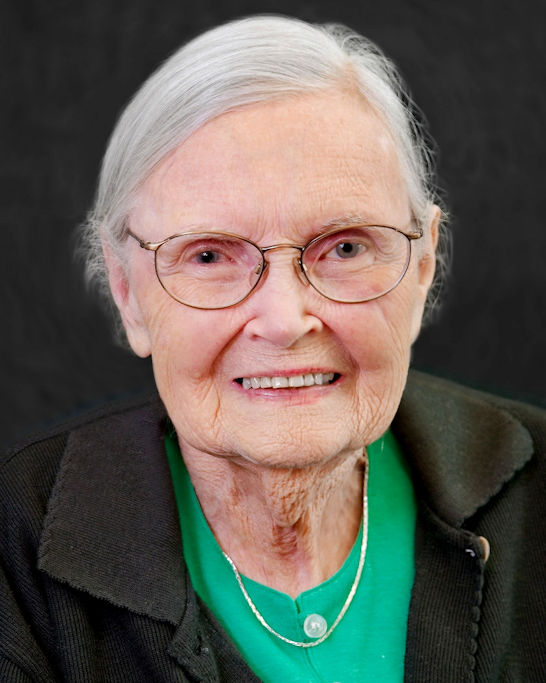 Retired CDC employee and ASM member Dannie G. Hollis (1922-2018) passed away on May 22, 2018. Mrs. Hollis came to CDC in 1961 to work in the General Bacteriology Laboratory and remained in the same lab (now Special Bacteriology Reference Laboratory, SBRL) for 33 years until she officially retired from CDC in 1994. Mrs. Hollis's scientific expertise was the characterization and identification of rare and unusual pathogenic bacteria, and she astounded many of her colleagues with her incredible memory of organisms that she had encountered years ago when they reemerged as still unidentified pathogens. Fortunately for SBRL staff, after retirement Mrs. Hollis continued to lend her expertise at least one day each week for another 18 years. During her 51-year career, Mrs. Hollis was a long-standing member of ASM, the Southeastern Branch of ASM, Sigma XI, American Society of Clinical Pathologists, Southeastern Association for Clinical Microbiologists, The Scientific Research Society of America, and The National Registry of Microbiologists of the American Academy of Microbiology.

Born in 1922 near Soperton, GA, Mrs. Hollis was introduced to biology by her father, a farmer and self-taught veterinarian. She attended West Georgia College before transferring to the University of Georgia where she completed a Bachelor of Science degree with a dual major in zoology and chemistry. Her next career move was to gain certification as a medical technologist in a program at Piedmont Hospital and Emory University in Atlanta. Mrs. Hollis worked in clinical laboratories in Elizabeth, New Jersey and Dublin, Georgia before returning to Atlanta. After six years at the Atlanta Veterans Administration Hospital's Clinical Microbiology Department, Mrs. Hollis came to CDC to work under the guidance of Elizabeth O. King in 1961 in the General Bacteriology Laboratory. Ms. King had worked for 10 years to develop a systematic approach to identify Gram negative pathogenic bacteria and mentored Mrs. Hollis from 1961-1966. Dannie steadfastly continued Ms. King's work and helped to further characterize many known bacteria and to identify and name new species. With more than 100 journal articles, Mrs. Hollis has made an enormous contribution to the field of bacterial taxonomy. Yet, the publication for which Dannie G. Hollis is probably the most well-known is the laboratory manual Identification of Unusual Pathogenic Gram-Negative Aerobic and Facultatively Anaerobic Bacteria that she co-authored with six other CDC colleagues. "The Orange Book," as many U.S. Public Health Laboratory microbiologists know it, is recognized as the authority on unusual pathogens and is so well used in many labs that it has been said to be taped back together numerous times.

Dr. Clyde Partin interviewed Mrs. Hollis for an article in the journal Atlanta Medicine (77:2, 2003) and described her as "diminutive in stature but perky and vivacious in spirit." When she spoke of bacteria that were challenging to identify, her eyes would sparkle and her face would light up. She tenaciously yet methodically took unidentified organisms through scores of biochemical tests to reveal their identity, and scientists worldwide consulted Mrs. Hollis, as she was the last word in pathogenic bacterial taxonomy. Her knowledge was encyclopedic, and her ability to retrieve information from her mental database was legendary. In Dr. Partin's words, "Like a language that goes extinct when the last person speaking it moves on, the world is not likely to see again anyone who can communicate with bacteria as eloquently as she." Mrs. Hollis was passionate in sharing her vast knowledge with colleagues, visiting scientists from all over the globe, high school and college interns, and hundreds of microbiologists who she trained and inspired as an instructor in a two-week course in Special Medical Bacteriology taught annually at CDC from 1966-1990.

Mrs. Hollis' tenacity and spirit were also evident in the hours that she dedicated to her continued education and clinical work. After business hours at CDC and on weekends, Mrs. Hollis conducted research towards her Master of Science degree at Georgia State University (1976), worked part-time at DeKalb General Hospital Clinical Laboratory (1968-2012) and was a consultant for PathCon Laboratories (1995-2012). Her non-scientific endeavors included holding a Georgia real estate license.

Dannie G. Hollis humbly accepted the numerous awards and honors she received including the 2010 Joseph E. McDade Award for Lifetime Scientific Achievement. Dr. McDade described Mrs. Hollis as a "national treasure." Those fortunate to have known and worked with Dannie would certainly agree. Dannie G. Hollis was a brilliant scientist, a patient and thoughtful teacher, and a humble and kind person.