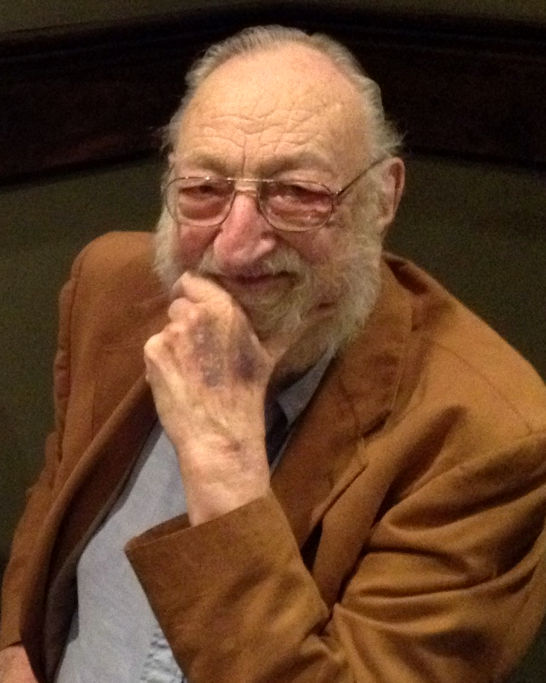 Robert A. (Bob) Day, father, grandfather, friend, editor, publisher, author, and professor emeritus at the University of Delaware, slipped quietly away in the night on October 19 in Newark, Delaware. He had had a three-day bout of pneumonia and was 97. The world will be less fun without him.

Bob was born on January 18, 1924, in Belvidere, Illinois, where the Ida Public Library opened the world for him. He went straight from high school to the Army during WWII, attended the University of Illinois on the GI Bill, and proposed to the love of his life, Betty Johnson, the day after they met. Their marriage lasted until her death 54 years, three children, and five grandchildren later.

After the wedding, Bob worked at the public library in Newark, New Jersey, while attending graduate school at Columbia University. He went on to the Rutgers University medical library, and in 1961 joined the American Society for Microbiology (ASM), where he directed their publications office for 19 years. In that capacity, he served as Managing Editor of the Journal of Bacteriology and eight other ASM journals. He also managed ASM’s substantial book publishing program. While at ASM, Bob traveled across 6 of the 7 continents as a speaker and consultant, always making friends and finding the best restaurants and jazz joints in town.

After a stint as director of ISI Press in Philadelphia, he joined the English department at the University of Delaware, where he taught courses in scientific and technical writing and editing, told jokes, and was well loved by his students. He was past-president of the Society for Scholarly Publishing and past-chairman of the Council of Biology Editors (now Council of Science Editors). He was a member of ASM, American Association for the Advancement of Science (AAAS), Council of Engineering & Scientific Society Executives, Society of National Association Publications, and Society of Technical Communication. He authored Scientific English: A Guide for Scientists and Other Professionals and How to Write and Publish a Scientific Paper, which will soon be in its 9th edition and has been translated into many languages.

Bob was a big man with a big heart and a real zest for life.  He was beloved by his family and many friends and will be sorely missed.  He is survived by his children Nancy Sakaduski (Joe), Barton Day (Sarah), and Robin Hirschhorn and grandchildren Hilary Day, Matthew Sakaduski, Ian Day, and Alexandra Hirschhorn. He requested no funeral, and because he “always wanted to go to medical school,” he donated his body to science.