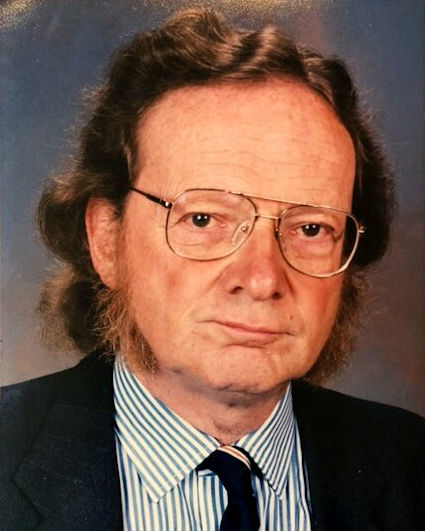 Bernard Dixon, a renowned science journalist and past editor of New Scientist (1969-79), died on Oct. 30, 2020. He was 82 years old. Dixon, a member of the American Society for Microbiology (ASM), wrote the popular "Animalcules" column for the ASM membership magazine (originally ASM News, later MICROBE) from 1996-2015.

Following undergraduate training in bacteriology and botany, Dixon earned his Ph.D. in microbial biochemistry from the King’s College in Newcastle upon Tyne, then part of Durham University and the forerunner of Newcastle University. During his doctoral and postdoctoral work, he began writing freelance pieces about science and scientific ideas. He decided to pursue writing as a career, and in the mid-1960s joined the editorial staff of World Medicine as Assistant Editor. In 1968, he moved to New Scientist, and became Editor in 1969, serving in the role until 1979. During his tenure as Editor, Dixon expanded the editorial focus to include analysis of the interplay between science, new technology, government, the environment, and society-at-large. The overriding goal was to provide reliable science reporting accessible to a broad range of "non-specialist" readers.

In 1979, Dixon left New Scientist, and subsequently engaged in numerous projects related to science communication. He wrote columns for the British Medical Journal and Bio/Technology, and served as European editor for Omni, Science 80 and The Scientist. He taught communications skills for scientists through the Medical Research Council. He wrote several books to educate the public on issues related to science and technology, including What Is Science For? (1973), Magnificent Microbes (1976), Beyond the Magic Bullet (1978), Engineered Organisms in the Environment (1985), and Power Unseen – How Microbes Rule the World (1994).

From 1996-2015, Dixon wrote the popular "Animalcules" column for the ASM membership magazine (originally ASM News, later MICROBE). The column explored microbes, their behavior and their impact on the world and human activities, and attempted to cover the benevolence of microbes as well as their pathogenicity. The column also touched on science policy, the "happy accidents" of science, and topics related to history of the science. The Centennial issue of ASM News featured an article he wrote in which he analyzed the development of Microbiology as illustrated in the programs of the 1st, 25th, 50th, and 75th annual ASM meetings.

Dixon was a member of ASM and several other professional scientific and science writing associations. He served terms as vice president and president of the General Section, British Association for the Advancement of Science (now the British Science Association). He served on the Committee for the Scientific Investigation of Claims of the Paranormal (now the Committee for Skeptical Inquiry) and the Council for Science and Society. He campaigned against the misuse of antibiotics and the dangers of creating drug resistant bacteria.

He was awarded an honorary Doctor of Science degree from University of Edinburgh in 1996 "for contributions to public debate on scientific issues," and was appointed Officer of the Order of the British Empire (OBE) in 2000 for "services to science journalism." In 2002, Dixon received the Biochemical Society Award (shared with Steven Rose) "for scientific communication in the public domain." He gave the Lichfield Science and Engineering Society's 2003 Erasmus Darwin Memorial Lecture, a prestige lecture presented by a speaker of the highest standing. Dixon’s subject was "Why Modify Genes?"

In addition to his many professional pursuits, Dixon was a collector and dealer in old medical and scientific books. He played piano and accordion and had a lifelong interest in Scottish dance music. He was also known for throwing lavish Christmas parties with diverse invitation lists. Dixon is survived by his children, Margaret, Jacqueline, James and Stuart, and 3 grandchildren.