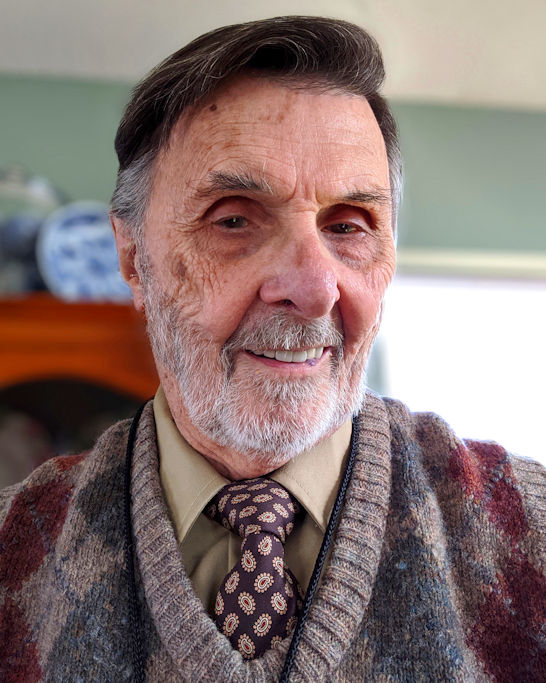 Dr. Hoggan was born in Salt Lake City, Utah in 1930. He attended the University of Utah, graduating in 1953 with an MS degree in Microbiology. Service in the U.S. Army took him and his family to Presidio, San Francisco, California, and then to Baltimore, Maryland, where he completed his Sc.D. degree in Public Health and Virology at Johns Hopkins University, and ultimately to suburban Washington, D.C., where he served at the U.S. Army's Institute of Pathology and the Public Health Service (PHS).

In 1963, Dr. Hoggan joined the National Institute of Allergies & Infectious Diseases (NIAID), at the National Institutes of Health (NIH), in the Laboratory of Molecular Microbiology. Throughout his NIH career, he partnered on projects with labs at Fort Detrick, MD, and across the country. He traveled the world speaking at conferences and visiting laboratories and medical facilities. He authored and co-authored numerous scientific papers and books, and received many medals, commendations, and accolades throughout his medical research career. Hoggan was a long-time member of the American Society for Microbiology (ASM) (and proudly carried his ASM membership card in his wallet throughout his life).

Hoggan's research focused on viruses, parvoviruses, and the investigation of links between viruses and cancer. He was one of the first researchers in the U.S. assigned to study and seek a cure for Acquired Immunodeficiency Syndrome (AIDS/HIV). At the time of Dr. Hoggan’s retirement as a senior scientist in the Laboratory of Molecular Microbiology, NIAID, after 29 years of service to NIH and the PHS, the former chief of the laboratory said, "Dr. Hoggan is an eminent scientist whose work has furthered research on a number of different viruses…. One of [Hoggan's] most important contributions occurred in 1975 when he demonstrated that a parvovirus, the adeno-associated virus, was able to integrate copies of its DNA genome into mammalian cells. This finding has opened doors to the development and use of parvoviruses as vectors in gene therapy."

All told, Hoggan's military service to his country totaled 39 years, and he retired with the rank of Captain, U.S. Navy.

An outdoorsman and loving family man, Dave enjoyed taking his family traveling, camping, skiing, caving, canoeing, and hiking. He served as a scouting Explorer leader for many years, and maintained connections with those young men all of his life.

Veteran travelers to over 50 countries around the world, in retirement, Dave and his wife, Joyce, traveled to Hangzhou, China where they lived and taught for 3 years (1992-1995) at Zhejiang Medical University (Dave directing two departments; Joyce teaching English). The couple considered their work in China to be the most valuable and interesting contributions made in their lives. Hoggan was able to return to China for a 2-month visit in May-June 2019, accompanied by his daughter and granddaughter, and was reunited with 9 of his original students. Many of his former students found their ways to the United States years ago, and have become successful doctors and researchers.

In the last few years, Hoggan served as a volunteer interpreter of history at the Godbe-Pitts Drugstore in the “This Is the Place Heritage Park” in Salt Lake City, Utah, where he enthralled visitors with his knowledge of 1850’s medicine.

Dr. Hoggan ("Dad," "Papa" and "Uncle Dave") was known by his family and friends as warm, gentle, patient, funny, feisty, loving, and generous. He never stopped being curious, and desiring to make the world a better, more healthful, place for all.