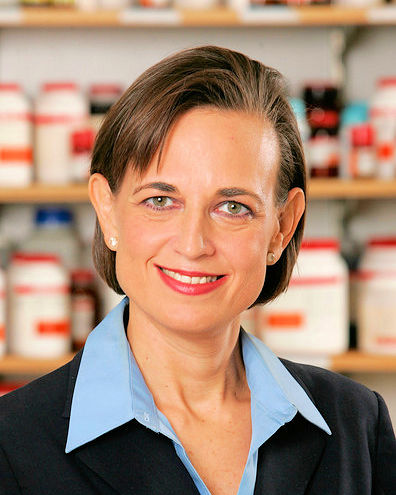 Beth Levine, Professor of Internal Medicine and Microbiology, Director of the Center for Autophagy Research and Charles Cameron Sprague Distinguished Chair in Biomedical Sciences at the University of Texas Southwestern Medical Center, and an investigator at the Howard Hughes Medical Institute (HHMI), died in June 2020 after a long battle with cancer. Dr. Levine was a member of the American Society for Microbiology (ASM) and the American Society for Virology (ASV). She is recognized as a leader in the field of autophagy research.

Dr. Levine was born in Newark, N.J. in 1960. After obtaining a degree in French studies from Brown University in 1981, she went on to earn her medical degree from Weill Cornell in 1986, and served as a resident at Mount Sinai NYC Hospital in internal medicine until 1989.

In 1989, she joined the lab of Dr. Diane Griffin at Johns Hopkins University as a postdoc, working on infectious diseases and the neurobiology of viral pathogens. In 1992, she joined Columbia University, and from 1994-2004, served as Columbia's Director of Virology Research. In 2004, she moved to the University of Texas Southwestern Medical Center to become Chief of the Division of Infectious Diseases, and in 2011 the Director of the Center for Autophagy Research. She also served as an Investigator at Howard Hughes Medical Institute beginning in 2008.

Dr. Levine specialized in the field of autophagy; more specifically in its regulation and its role in diverse diseases, including cancer and infectious diseases. Her major contributions include the discovery of the mammalian autophagy gene, beclin 1, now the most studied mammalian autophagy protein, and its role in tumor suppression, longevity, and antimicrobial host defense. In 2014, she was awarded the American Society for Clinical Investigation's Stanley J. Korsmeyer Award in recognition of her fundamental contributions to the understanding of autophagy.

A colleague remembers her as "an amazing scientist, mentor and person… and a true understated supporter of female scientists."