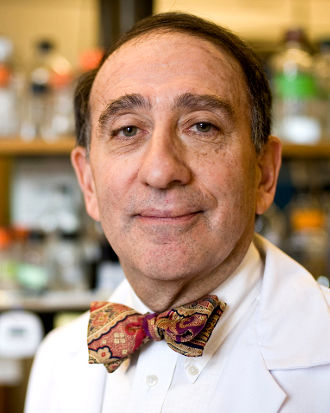 In Memoriam: Levy, Stuart B.

Stuart B. Levy, a past president of the American Society for Microbiology (ASM) (1998-99), and recipient of the Abbott-ASM Lifetime Achievement Award (2012), passed away Sept. 4, 2019. Levy was Professor of Microbiology and Drug Resistance at Tufts University School of Medicine in Boston. He was well known for his research on antibiotic resistance, publishing over 300 papers and editing 4 books on the topic. His ground-breaking book, "The Antibiotic Paradox: 'How Miracle Drugs Are Destroying the Miracle,'" is in its second edition and translated into 4 languages. He chaired the U.S. Fogarty Center study of "Antibiotic use and resistance worldwide" and helped write the U.S. Office of Technology Assessment report on antibiotic resistant bacteria. He served as consultant and advisor on antibiotic resistance issues for a range of national and international groups, including the World Health Organization (WHO), the U.S. National Academy of Sciences and Institute of Medicine, and the Food and Drug Administration (FDA).

Levy founded the Alliance for the Prudent Use of Antibiotics (APUA) in 1981, and served as its president until very recently. Under his leadership, the APUA became the leading organization worldwide dedicated to promoting and facilitating appropriate antibiotic use and curbing antibiotic resistance.

Levy served as ASM President in 1998-1999, and while president, chaired the Centennial Committee, which planned and oversaw celebration of ASM's centennial in 1999. He was actively involved in other ASM committees and boards as well, including the Antimicrobial Agents and Chemotherapy (AAC) editorial board, the Journal of Bacteriology (JB) editorial board, the Finance Committee, and the Ortho-McNeil Fellowship Selection Committee. He served as Division K Lecturer (1995), Division L Lecturer (1997), and as a Foundation Lecturer (1989-90).

Levy was a Fellow of the American College of Physicians, the Infectious Disease Society of America, the American Academy of Microbiology and the American Association for the Advancement of Science. He received ASM's Hoechst Roussel Award for esteemed research in antimicrobial chemotherapy (1995), the Hamao Umezawa Memorial Award from the International Society of Chemotherapy (2011) and the Abbott-ASM Lifetime Achievement Award (2012).