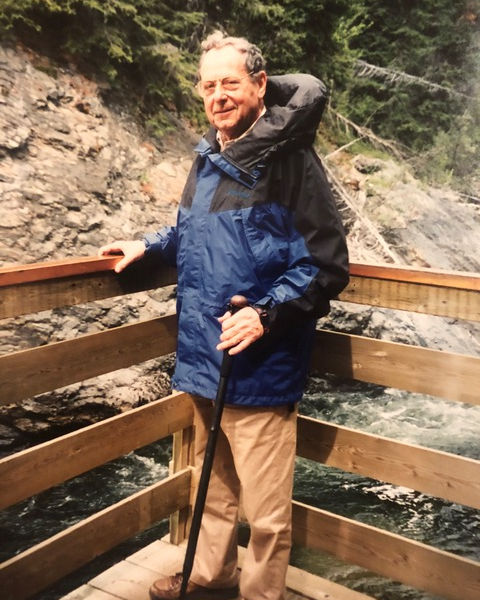 Werner K. Maas, Ph.D., a giant in the field of molecular genetics and professor emeritus at New York University's (NYU) Grossman School of Medicine, died Nov. 19, 2019, at the age of 98. Maas, a long-time member of the American Society for Microbiology (ASM), conducted basic science research and educated future scientists at NYU for nearly 4 decades.

Werner was a pioneer, along with French researchers Francois Jacob and Jacques Monod, in the earliest studies of gene expression in bacteria. He is credited with identifying regulatory genes that enable the health and proper functioning of all genes in a living cell.

On the one hand, Jacob and Monod demonstrated that adaptive production of a catabolic enzyme was regulated by repression, which was relieved by the presence of the substrate, so as to enable production of the enzyme only when its substrate was available. This work led to the repressor-promoter-operon model, for which they won a Nobel Prize.

On the other hand, their friendly competitors, Werner Maas and Luigi Gorini, of Harvard Medical School, working largely in parallel to Jacob and Monod, demonstrated that biosynthetic pathways were regulated by negative feedback loops so as to prevent the overproduction of any one component of the organism’s biosynthetic machinery. These findings together set the stage for the basic understanding of how gene regulation works.

Werner chaired NYU Grossman School of Medicine's Department of Basic Medical Sciences from 1974 to 1981, and also held faculty positions in the departments of microbiology and pharmacology there. Earlier in his career, after a fellowship at the California Institute of Technology, he was a commissioned officer of the U.S. Public Health Service, conducting research on tuberculosis at its lab at Cornell University. He earned his undergraduate degree from Harvard University and his Ph.D. from Columbia.

He was a member of many professional societies, including ASM. He contributed more than 100 articles to professional journals and remained a frequently cited researcher well after his retirement. Late in life, he wrote an autobiography that recounted his childhood in Germany, his subsequent immigration to the United States, and the remarkable career he went on to enjoy. The book is titled The Spiral of My Life: From Provincial Germany to Multicultural USA and the New International World of Molecular Genetics, 1921 to 2016.