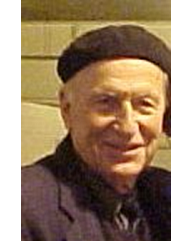 Wayne M. Meyers, infectious disease researcher and doctor who treated leprosy patients in Africa, died Sept. 12, 2018. He was a long-time member of the American Society for Microbiology.

Throughout his career, Dr. Meyers wrote more than 400 scientific papers, gave hundreds of lectures and maintained a global registry of leprosy cases. He was president of the International Leprosy Association, a consultant to the World Health Organization (WHO) and a contributor to or editor of textbooks on infectious diseases.

In addition to his extensive research on leprosy while in Africa (1961-1973), he also studied diseases that few Western physicians had seen, such as Mycobacterium ulcerans, or Buruli ulcer, a bacterial skin infection that can spread rapidly and cause serious deformities, and onchocerciasis, or river blindness, which is caused by a filarial, or parasitic, worm, leading to infection and sometimes blindness. Dr. Myers participated in WHO studies of river blindness and helped develop a drug to counteract the disease.

Dr. Meyers left Africa in 1973, spent 2 years at the University of Hawaii, then moved to Washington, D.C. in 1975 to work at the Armed Forces Institute of Pathology. There, he conducted experiments on armadillos, one of the few animals that can develop leprosy in the wild. He formally retired in 2005 but continued to work as a visiting scientist at the institute until 2011, when it was closed due to budget cuts.

Source: Excerpted from the Wayne M. Meyers obituary published online in the Washington Post in 2018.