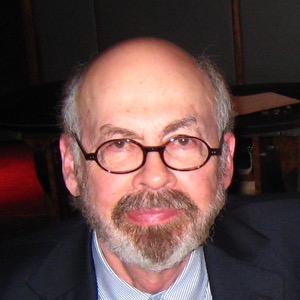 Dr. Austin Newton, Professor Emeritus, Princeton University, who pioneered the use of genetic and molecular analyses to study the origins of asymmetric cell division, died on May 13, 2022, in Princeton, at the age of eighty-five. He was an ASM member.

Dr. Newton was born in Richmond, Texas, the son of Dr. Edward P. and Catherine W. Newton. After graduating from the University of Texas–Austin in 1959 and with a PhD in Biochemistry from the University of California–Berkeley in 1964, he joined the group headed by the Nobel Laureate Jacques Monod at the Pasteur Institute in Paris. Dr. Newton pursued his postdoctoral studies during the Golden Age of molecular biology, a time when much could be imagined, and clear thinking and experimental elegance were highly prized. Dr. Newton showed how an outstanding puzzle in gene regulation could be solved by the clever utilization of simple genetic tools. In Paris, he also discovered an abiding passion for sub-Saharan and West African sculpture and textiles. Princeton's Lewis Thomas Laboratory being but one of the fortunate beneficiaries of his expertise and practiced eye.

At Princeton, where Dr. Newton began as an assistant professor in 1966, he published several classic papers of fundamental importance to understanding coordinated gene translation. His studies led him to hypothesize that genetic approaches could be used on fundamental problems in developmental biology. He pioneered a new field, using genetic and molecular analyses to study the origins of asymmetric cell division––a characteristic of stem cells and cancer stem cells but also one that distinguishes Caulobacter, a tiny fresh water bacterium. Dr. Newton and his group made ground-breaking discoveries on the mechanisms governing asymmetric cell division, cell polarity, cell cycle organization, and the conversion of cells from one morphology to another.

Dr. Newton’s research was marked by vision and scientific imagination, traits that characterized his interactions with students and colleagues, as well as his life in general. Many of his students have gone on to leading scientific roles in graduate and medical school departments. Many also lead distinguished careers in biomedical industries. Dr. Newton’s students revere and credit him with teaching them how to identify and tackle scientific problems.

Dr. Newton was a connoisseur who successfully mixed his broad interests in science, music (piano and Bach were favorites), art (especially African art), travel, and good wine, not to mention, gin and tonic. Together with his long-time collaborator and wife, Dr. Noriko Ohta, Dr. Newton shared a full and exciting life, welcoming a generation of students, postdocs, faculty, and friends from around the world.

With Dr. Austin Newton’s death, as one of his former colleague puts it, a true Princeton gentleman has been lost. He will be sorely missed. He is survived by his wife, Dr. Noriko Ohta, and his sister, Margueritte Dell Newton of Texas.