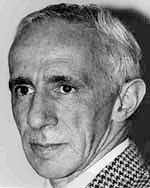 Norberto J. Palleroni passed away on March 5, 2018, at the age of 96. Dr. Palleroni was internationally recognized as an authority in bacterial taxonomy, particularly the genus Pseudomonas. He was a member of the American Society for Microbiology (ASM) and a Fellow of the American Academy of Microbiology. Among his many honors are Honorary Doctorates from the University of Cuyo and University of Buenos Aires in Argentina, the Konex Foundation Prize in Biochemistry and Microbiology (1993), the Theobald Smith Society Selman A. Waksman Honorary Lectureship Award (1986), and the Bergey Medal (1995) in recognition of outstanding and life-long contributions to the field of systematics of Bacteria and Archaea.

Norberto Palleroni published more than 150 papers on various microbiological subjects, including Pseudomonas taxonomy and phylogeny, and descriptions of several new species of the genera Burkholderia, Thauera, Azoarcus and Paenibacillus. He authored the central chapters on the pseudomonads in the many volumes and editions of Bergey's Manual of Systematic Bacteriology.

Several bacterial species and a genus have been named in Norberto Palleroni's honor, including Hydrogenophaga palleronii (an autotrophic hydrogen bacterium capable of fixing carbon dioxide using the energy of hydrogen oxidation and originally named Pseudomonas palleronii), an Actinoplanes palleronii (a rare actinomycete that has motile spores) and Pseudomonas palleroniana (a heterotrophic bacterium isolated from rice, belonging to the genus Pseudomonas). Most recently to these 3 names was added the description of a new genus, Palleronia, with the species Palleronia marisminoris, a moderate halophilic species isolated from the Mediterranean coast of Spain.

Source: This was excerpted from the complete Norberto Palleroni Obituary (authored by Bongkeun Song, Virginia Institute of Marine Sciences, and Max Häggblom) posted on the Rutgers Website.