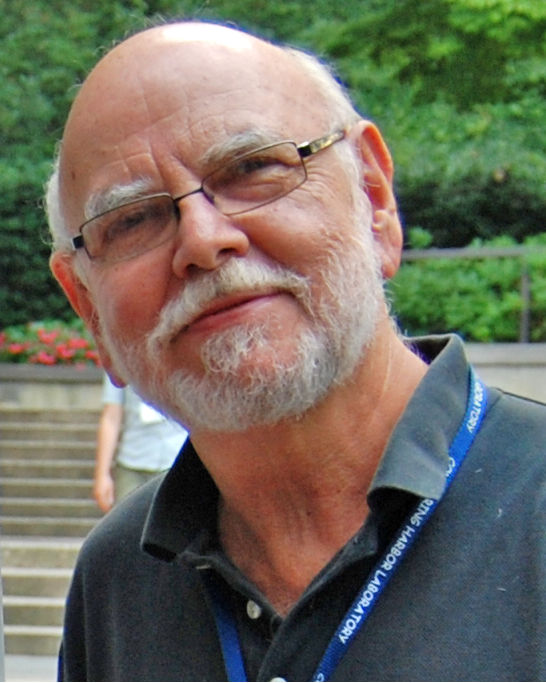 In Memoriam: Poupard, James A.

James A. Poupard, Ph.D., microbiologist and lifelong Philadelphian died on May 22, 2022, at the age of 79 after a long illness. He was a long-time member of ASM and the Eastern Pennsylvania Branch of ASM and a Fellow of the American Academy of Microbiology. He served in many leadership roles for the Eastern Pennsylvania Branch and for ASM, including as Branch Archivist, and Chair of the Center for the History of Microbiology/ASM Archives (CHOMA).

Dr. Poupard was a graduate of Roman Catholic High School and The Franklin School of Science and Arts, where he met his wife, Barbara. He had a B.A. in Natural Science from Temple University (in addition to a Medical Technology background), a M.S. in Clinical Microbiology from Thomas Jefferson Medical College, and he earned his Ph.D. from the University of Pennsylvania. He was the supervisor of Clinical Microbiology at The Hospital of the University of Pennsylvania; moved on to become the Director of Microbiology at The Bryn Mawr Hospital and later became Associate Professor of Laboratory Medicine, Pathology and Medicine at the Medical College of Pennsylvania. Dr. Poupard left this position in 1990 to become Director of Clinical Microbiology and lead a large Anti-Infective Drug Discovery and Screening Group as well as a Scientific Product Support Group at SmithKlineBeecham/GlaxoSmithKline Pharmaceuticals (GSK); a position he held until 2003. In that capacity, he co-coordinated worldwide Clinical Microbiology activities involving the life-cycle management of an extensive anti-infective portfolio. On leaving GSK, Dr. Poupard became President of the Pharma Institute of Philadelphia, a network of specialists that served the needs of the Pharmaceutical, Biotechnology and Laboratory Instrumentation industries. After retirement, he continued to serve on committees for several international organizations involved with harmonization of antimicrobial testing, regulatory issues, and science policy.

Dr. Poupard became a member of the American Society for Microbiology (ASM) and the Eastern Pennsylvania (PA) Branch of the ASM in 1971. For ASM National, he was instrumental in creating and he served twice (1989-1993; 2010-2016) as the Chair of the Center for the History of Microbiology/ASM Archives (CHOMA), located outside of Baltimore at the University of Maryland Baltimore County. During his tenures as Chair, he established the annual history of microbiology lectureship at the annual ASM General Meeting (now ASM Microbe) and oversaw the formalization and expansion of ASM’s Milestones in Microbiology program, among many other accomplishments.

Dr. Poupard served as Chair of several Eastern PA Branch committees, including Chair of the Symposium Committee in 1983, 2001 and 2004. He was the Branch President from 1987-1988.  He was instrumental in organizing the annual Stuart Mudd Lecture Series for the Branch which lasted from 1976–1995. He was Chair of the EPAASM Branch Archives and contributed to most of the history content on the Branch website (Branch History – The Eastern Pennsylvania Branch of the American Society for Microbiology (epaasm.org)). He was truly the “historian in chief” for the Branch.

Dr. Poupard’s book, A History of Microbiology in Philadelphia: 1880 to 2010, published in 2010, traces developments in the history of microbiology in the Philadelphia area. This book takes readers back to the 1880s when bacteriology started to become an identifiable discipline of science as it separated from established fields of medicine such as pathology, histology, and microscopy. The first part of this book focuses on the people and institutions that played a significant role in establishing bacteriology in Philadelphia and how bacteriology was incorporated into the medical school curriculum. Dr. Poupard summarized how an entire generation of bacteriologists contributed to the formation of academic departments at medical schools, research institutes and pharmaceutical companies.

In the book, Dr. Poupard describes the formation of a branch of the Society of American Bacteriologists in Philadelphia in 1920 which set the stage for recording and documenting the evolution of bacteriology into microbiology with its many sub-specialties. In 1960, the official name of the National Society was changed to the American Society for Microbiology, and in 1961 the name of the Branch was officially changed to The Eastern Pennsylvania Branch of the ASM. In summary, his book beautifully summarizes this evolution as it progressed in the Philadelphia area with an emphasis on the role the Eastern PA Branch organization played in establishing Philadelphia as a center for teaching and research in this important area of science.

In November 2021, Dr. Poupard authored “Ruth Emma Miller, Ph.D. – The First Female President of the Eastern PA Branch of ASM and Her Female Successors” which is housed on the history page of the Branch website.

Dr. James A. Poupard was known to his friends and literally hundreds (perhaps thousands) of students as Jim or “JAP.” He had an “infectious” enthusiasm, not only for microbiology, but for science in general, particularly quantum physics, philosophy, and history, especially the history of science. His passion for life endeared him to a devoted following of students, friends, and colleagues. He was a generous mentor and many who were fortunate enough to know him credit JAP for changing their lives by listening and providing wisdom and guidance (always with a sense of humility and humor).

Jim and his wife Barbara were avid travelers, circling the globe with an enthusiastic appetite for new places and cultures. Also, one can barely go to a BYOB restaurant in Philadelphia without meeting a waiter/waitress/chef who love Jim and Barbara. On his passing, reactions were of profound sadness and loss. Some comments on hearing of Jim’s passing:

“I am so grateful for having known Jim and the life lessons he shared. I still make decisions today that are influenced by the perspective he instilled in me. He will be missed.”

“His strength, spirit, and determination over the past few years as he fought this horrible disease was absolutely admirable.”

“It was such an honor and pleasure to know and work with Jim over the years. Many fond memories of the laughs at dinners and architecture spotting walks.”

“Such a loss to the field and especially to the Branch. He has contributed so much– it is hard for all who knew him to realize that this outstanding individual is no longer with us.”

“For those of you who knew him, you understand how much our Branch has lost. His love and enthusiasm for the history of microbiology was contagious.”

“I am grateful to have had the good fortune to have been a medical technology student at Bryn Mawr Hospital just a year or so after Jim took the position there as Clinical Microbiologist. His insatiable passion for microbiology, history of science, quantum science, and his love of life were a treasure and gift to the world, especially to those of us who knew him.”