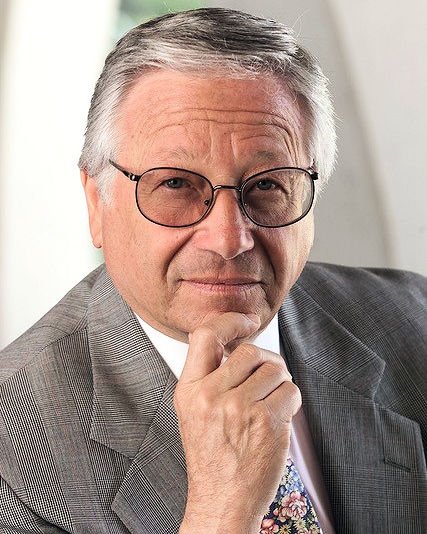 Irwin W. Sherman, Professor Emeritus at the University of California (Riverside), an educator and a malaria researcher for more than 50 years, died on January 5, 2022. He was a fellow of the American Academy of Microbiology, and a prolific author of ASM publications. His two most popular ASM titles were Twelve Diseases that Changed the World and Power of Plagues, both of which made a big impact by educating generations about pathogenic microbes and sparking interest in microbiology.

Professor Sherman, born on the Lower East Side of New York on February 12, 1933, grew up in the South Bronx. His parents, Morris, a factory manager, and Anna, a homemaker, were immigrants from Okna, Russia, who, though limited in their own formal education, strongly encouraged their son’s academic pursuits.

After attending local elementary (Public School 93), junior high (Herman Ridder) and high (James Monroe) schools, he graduated with honors in Biology from the City College of New York. During a two-year tour of duty with the U.S. Army in Europe, where he worked in a medical laboratory, he became enamored with infectious disease agents. Upon discharge from the Army and return to the U.S., he enrolled in and graduated from Northwestern University where he received Masters (1959) and Ph.D. (1960) degrees. At Northwestern he began his lifelong research on the biochemistry of malaria parasites.

In 1957, City College awarded him a Biology Club scholarship for the summer Invertebrate Zoology course at the Marine Biological Laboratory (MBL) in Woods Hole, MA. That initiated a longstanding association with the MBL, where Professor Sherman was a student, laboratory assistant, and instructor in Invertebrate Zoology, later an instructor in the Biology of Parasitism course, and in intervening years a reader in the library and an independent investigator. During one of those summers, he became smitten with Vilia Turner, a British-born graduate student at UCLA, who was studying the reproductive cycles of Atlantic starfish and sea urchins. They were married in Woods Hole in 1965. Their children, Jonathan Turner (born 1968) and Alexa Joy (born 1970), both writers, owe some of their future success to the idyllic summers spent in Woods Hole.

Sherman received the CCNY Ward Medal for excellence in Biology (1954), was a Guggenheim Fellow (1966-67) at the Carlsberg Biologic Institute in Copenhagen, Denmark, a member of the NIH Tropical Medicine and Parasitology Study Section (1970-1973), chairman and member of the Parasitic Diseases Study Group (1975-1979) where he advised the US Army Medical Research and Development Command and the Walter Reed Army Institute of Research, a member of the World Health Organization Steering Committee on the Chemotherapy of Malaria (1978-1986) and a consultant on vaccine development for the Agency for International Development  (1983-1991), a member of the Advisory Committee for Fulbright Scholar Awards (1985-1987), and a member of the Burroughs Wellcome Molecular Parasitology Awards (1984-1992). He held research fellowships at the National Institute for Medical Research, Mill Hill, UK (1973-1974), the Walter and Eliza Hall Institute, Melbourne, Australia (1986), and the Scripps Research Institute, La Jolla, CA (1990-1991). He served on the editorial boards of Experimental Parasitology, Molecular and Biochemical Parasitology, and the Journal of Eukaryotic Microbiology. He was a visiting Investigator at the Scripps Research Institute (2004-2012) and a Visiting Professor at the University of California San Diego School of Medicine (2012-2021). He was a fellow of the American Academy of Microbiology.

Professor Sherman’s malaria research centered on the biochemical characteristics of plasmodium that contribute to its parasitic nature and how parasite-specific characteristics can be used to develop “magic bullets” and protective vaccines. He extended his graduate studies on the biochemistry of malaria in the laboratory of William Trager at the Rockefeller University as an NIH post-doctoral fellow (1960-1962). He then took a position at the University of California at Riverside where he rose through the academic ranks becoming Professor (1970), Dean of the College of Natural and Agricultural Sciences (1981-88), and Acting Executive Vice Chancellor (1993-94). He served as Chairman of the Academic Senate (Riverside Division) for 7 years (1997-2004).

During his more than 4 decades at UC Riverside—“my first and my last job”—and in “retirement” at The Scripps Research Institute and the University of California at San Diego, he published more than 150 scholarly papers, wrote 11 books, two in collaboration with his wife (The Invertebrates: Function and Form; Biology: A Human Approach; The Power of Plagues, Twelve Diseases That Changed Our World, Reflections on a Century of Malaria Biochemistry, The Elusive Malaria Vaccine, Miracle or Mirage?’ Magic Bullets to Conquer Malaria, The Malaria Genome Projects: Promise, Progress, Prospects, Malaria Vaccines: The Continuing Quest, Drugs That Changed the World: How Therapeutic Agents Shaped Our Lives), and edited 2 volumes (Plasmodium: Parasite Biology, Pathogenesis and Protection; Molecular Approaches to Malaria).  Two of his most popular ASM titles were Twelve Diseases that Changed the World and Power of Plagues, both of which  made a big impact by educating generations about pathogenic microbes and sparking interest in microbiology.

Professor Sherman was a biologist with no theatrical connections or ambitions but when he taught an undergraduate course on Disease and History, he enlivened his lectures by appearing with facial hair, in costume, and giving impersonations of those who he believed had made landmark contributions to the understanding of infectious diseases. One day he strolled into class wearing a pith helmet and carrying a butterfly net and announced he was that day’s guest lecturer, Ronald Ross. Another time sporting a beard, holding a rack of test tubes full of colored fluids, and puffing on a cigar he said “Guten Tag, Ich bin Paul Ehrlich.” Although lectures in some of the other courses he taught such as General Biology, Invertebrate Zoology and Parasitology were not quite so dramatic they were marked with wit and sophistication. He was an engaging teacher and loved being in front of a class. When asked how he’d like to be remembered, Professor Sherman said that he would like to believe the mention of his name would bring a smile to the faces of colleagues and students and to have them remark that they’d learned something of value from their discussions.

Professor Sherman was as severe a critic of his own work as he was of others. Never one to follow the pack in research, he reveled in being an iconoclast. The research carried out in Professor Sherman’s laboratory centered on the biochemistry of parasitism by malaria and was divided into two phases. Early work (1960-1980) used the duckling malaria Plasmodium lophurae and the monkey malaria Plasmodium knowlesi as model systems and described enzyme heterogeneity, the base composition of plasmodial DNA and RNA, the biochemical basis for the antimalarial action of folates, characterized the uniqueness of the plasmodial ribosome, described carbon dioxide fixation and alterations in membrane lipids and cholesterol, established a system for cell-free protein synthesis, and carried out functional studies of the membranes of the infected red cell and the parasite to include the mechanisms of transport for glucose, amino acids and purines. He was able to identify hypoxanthine as the critical purine for plasmodial growth. In later years (1981-2005), his laboratory focused on the human malaria Plasmodium falciparum and the molecular alterations of the red blood cell membrane; i.e., exposure of phosphatidylserine and cryptic residues of the band 3 protein that made the falciparum-infected red blood cell sticky.  He was also able to identify the adhesive substances on the blood vessels to which the infected red cells bind. Such work, designed to provide the basis for a protective vaccine and better therapies for cerebral malaria, was never realized because no pharmaceutical company partner could be found. However, his research did provide the molecular basis for a commercially available diagnostic for malaria (OptiMal).

His wife and jurist, Vilia G. Sherman, passed away on December 18, 2009. He is survived by his two children, Alexa and Jonathan, their spouses Joel and Maggie, and grandsons Zachary, Jack, and Nathaniel.