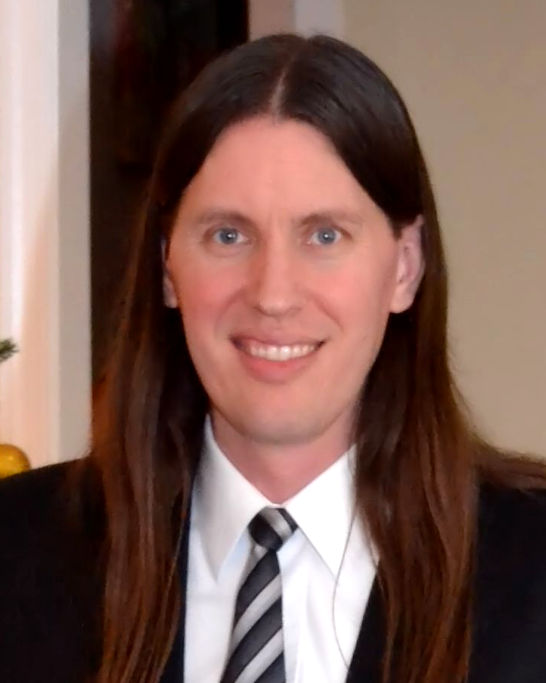 Erik Christian Snesrud, 44, died Feb. 10, 2020 after a valiant battle with glioblastoma. Erik was a long-time member of the American Society for Microbiology (ASM) and a highly respected and accomplished research scientist. He was admired by so many and will be deeply missed by his family, friends, and all who knew him.

Erik started his career at The Institute for Genomic Research (TIGR) where he worked on the development and refinement of bacterial whole genome sequencing and analysis. This work was the foundation for many protocols and programs in use today for studying bacterial genomes. After TIGR, Erik joined the nascent Multi-drug resistant organism Repository and Surveillance Network (MRSN) at the Walter Reed Army Institute of Research where he pioneered efforts using whole genome sequencing to prevent the spread of drug-resistant bacteria among U.S. service members and their families. During this period, Erik developed a fascination for mobile genetic elements, in particular the role played by plasmids and transposons in acquiring and transporting antibiotic resistance genes. In 2016, this work led to the first identification of the mobile colistin resistance gene, mcr, in the U.S. Thereafter, Erik developed and published the first model describing the birth and demise of the composite transposon carrying mcr, showing how this gene could be stabilized within a host bacterium through transposon decay.

In parallel with this research, Erik worked with Professor Michael Chandler at Georgetown University to design and develop TnCentral, an annotated prokaryotic transposon database that serves as a Web-resource for prokaryotic transposons, their passenger genes, and their host organisms. From his on-hands experience in TIGR and MSRN, Erik was able to see how necessary this platform was and how important it might become to the community in the future for understanding antibiotic resistance gene clustering and geographical spread. This would have provided an exciting project for his graduate studies. As an example of his passion for science, Erik persisted in actively collaborating on the project until the end of December 2019 before his illness prevented him continuing.

A life-long goal for Erik was to attain his Doctorate degree, a path that was sidetracked by life early in his career. In August 2018 he was accepted into the Ph.D. program at Georgetown University under the mentorship of Professor Michael Chandler when life yet again threw him a curveball. Though he never got to complete the program, his 40 publications, including 7 as first author, stand testament to his extraordinary scientific acumen and potential. The scientific world is poorer for his loss.

Erik was an outstanding scientist and a true polymath whose patience and generosity toward his colleagues and friends was boundless. At a towering 6’8”, Erik was always the person you spotted first across the conference hall and often became the unofficial focal point for meetings with colleagues and friends. The passion and love he exuded for science was an incredible inspiration to all who had the fortune to work with him and has left an indelible mark on many a friend and colleague. In particular, he proved to be a fantastic mentor for junior scientists and always would find time to walk them through difficult concepts with patience, enthusiasm and a fiendishly clever sense of humor.

Erik was a devoted husband and father. In addition to his passion for science (including a love of astronomy), he enjoyed Formula One racing and auto mechanics. He is survived by his wife of 15 years, Ava, and their 3 children, Sam, Evey, and Reuben; his parents, Wayne and Catherine Snesrud; his sister, Hillary Snesrud; brothers, Matthew and John Mason-Snesrud; his father- and mother-in-law, Dennis and Anne Fox; sisters-in-law, Denise Hurley and brother-in-law, Yancy Fox.