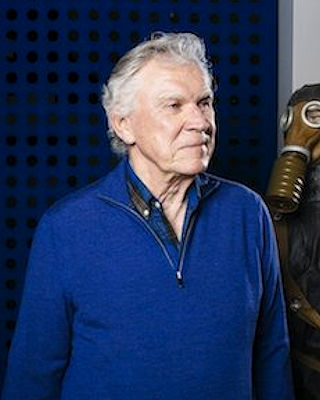 Raymond (Ray) Zilinskas, one of the world's foremost experts on chemical and biological weapons, died on September 14, 2018.  At the time of his death, he was Director of the Chemical and Biological Weapons Program at the James Martin Center for Nonproliferation Studies (CNS) at the Middlebury Institute of International Studies. He co-authored the book, "The Soviet Biological Weapons Program: A History,” (publ. 2012), an authoritative and comprehensive work based on interviews with important Soviet scientists and managers, papers from the Soviet Central Committee, and U.S. and U.K. declassified documents.

Aside from all his accomplishments in the field of biological warfare research, Ray was a member of the American Society for Microbiology (ASM). He served on the Center for the History of Microbiology/ASM Archives (CHOMA) Committee for several years. He delivered the History of Microbiology Lecture in 2013, speaking on "Accomplishments and Legacy of the Soviet Biological Weapons Program, 1928-1992.” He also participated in the 2011 CHOMA symposium on anthrax, speaking on "Bacillus anthracis as a Biological Weapon Agent,” and in the 2018 World War I symposium, speaking on "German Biological Warfare against Beasts of Burden During First World War.”

Tribute to Ray Zilinskas from the Middlebury Institute website.