END_OF_DOCUMENT_TOKEN_TO_BE_REPLACED

Greg Ebel discusses how West Nile virus evolves as it passes between different hosts, and how mosquitoes can be used for human health surveillance.

How do arboviruses evolve as they pass between different hosts? Greg Ebel discusses his research on West Nile virus evolution and what it means for viral diversity. He also talks about using mosquitos’ most recent blood meal to survey human health in a process called xenosurveillance.

Mosquitoes and other arthropods have limited means of immune defense against infection. One major defense mechanism is RNA interference (RNAi). RNAi uses pieces of the West Nile viral genome to select against the viral genome, which helps select for broadly diverse viral sequences. The more rare a viral genotype, the more likely it is to escape negative selection inside the mosquito host, allowing this viral sequence to increase in frequency.

West Nile virus passes largely between birds and mosquitos. Culex mosquitos tend to prefer birds, and this leads to an enzootic cycle for the virus passing between birds and mosquitos. The viral life cycle inside the mosquito has several important steps:
West Nile virus selection undergoes cycles of selection as it passes from vertebrates (mostly birds) to invertebrates (mosquitos):
How do scientists know which virus replicates best? Competitive fitness tests measure which virus grows to a higher population in a given environment. A manipulated virus (one passaged in a mosquito or selectively mutated at distinct sequences) and its non-manipulated parent sequence are inoculated at known proportions, and given a certain amount of time to replicate. By measuring the final proportions, Greg and his team can determine which sequence was more fit in that given environment.

Xenosurveillance uses mosquitoes to detect a wide array of pathogens at clinically relevant levels. Testing began with in vitro blood-bag feeding, and was validated with studies in Liberia and Senegal. The microorganism sequences are so diverse that the information was used to identify novel human viruses. These studies also provide insight into mosquito feeding habits, which helps in disease modeling.

“Temperature does impact how the virus diversifies, and what suites of mutations you’re likely to find. It certainly affects transmission efficiency.”

“Xenosurveillance is basically using mosquitoes to do human-based surveillance. In much of the tropics, people are vulnerable to mosquito bites and during the night, mosquitoes are in their homes feeding on them. The idea is that there is blood in those mosquitoes and information about the health of those people. Mosquitoes are a convenient source of human blood.”

“It’s really important that scientists, including grad students, are passionate about the work they are doing. I say that because I talk about my time in grad school as if it was great, but it was also really hard. A lot of it is a slog and is boring. I remember sitting with 150 slides and having to count them all; it’s a slog! If you don’t really, really, really want to know what’s on those slides, it’s going to be horrible. Grad school is a hard time for other reasons too: you’re not making a lot of money, you don’t have a lot of freedom. If you don’t really want the data, do yourself a favor and find something you really want to be doing, because the rewards are small and you have to really want them.” 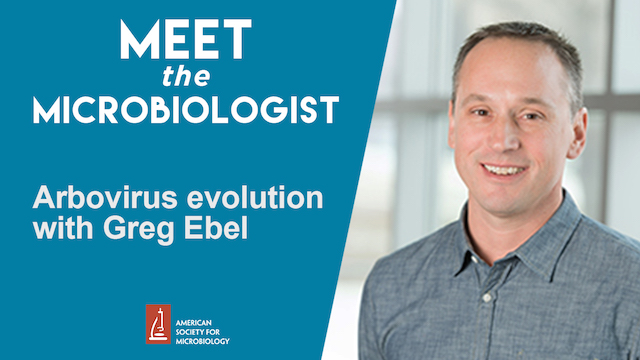 
West Nile virus existed elsewhere in the world, or it wouldn’t be called “West Nile.” The virus was identified in Uganda in 1937, and isolated from a hooded crow and a rock pigeon from the Nile delta in 1953; the virus itself is now known to be endemic in sub-Saharan Africa. The event Greg was referencing was an outbreak of viral encephalitis of unknown origin, first reported in the New York City borough of Queens and later spreading to residents of greater New York City and Long Island.

But even before people were getting sick, there was a strange fallout among animals - specifically, birds. Dr. Tracey McNamera was a veterinarian at the Bronx Zoo at this time, ‘living the dream,’ as she’s stated, feeding bottles to baby tigers but also taking care of the avian zoo members. In Summer of 1999, McNamera noticed that crows started dying, falling directly into the animal exhibits. Several birds under her care also died, including 2 flamingos and an Asian pheasant. By keeping open the possibility that this was a novel disease, McNamera was able to determine that a novel infectious agent was killing area birds.

When cases of human encephalitis began to be reported in the area, McNamera wondered if there could be a connection between the two incidents. The CDC stymied her attempts, claiming the human cases had been identified as St. Louis virus, but she eventually connected with the US Army at Ft. Dietrick, where it was confirmed the birds were dying of a very similar encephalitic agent caused by a related virus: West Nile virus. This, in 1999, was the first time that West Nile virus had been reported in the western hemisphere.

West Nile is a prime example of a One Health issue, a disease that connects human, animal, and planetary health. By monitoring the health of the animals under her care, and those around her, McNamera was able to link the cases of human diseases reported nearby. The siloing of human and animal health, especially at that time, made connecting these 2 incidents difficult; we’re all lucky that McNamera was persistent in getting her animals diagnosed.

What changes when a new disease is found to be circulating? Several things. First, clinical labs know what they should be testing. Think about the time between patients (human patients) falling ill and their diagnosis. The lag that could have allowed quicker diagnosis of them, and better monitoring of who might be carrying the disease. Until the identification of West Nile virus in birds, clinical labs were not including this test among possible viral etiologies for encephalitic patients. Finding a new disease also spurs monitoring to understand where reservoirs exist and what patients populations may be at most risk.

As a quick example, scientists came across 5 dead monkeys in Bolivia in the early 2010s. By identifying the cause of death as yellow fever virus, the Bolivian government was able to conduct vaccination campaigns, preventing disease from spilling over from the primate reservoir. These types of efforts can be costly and slightly inconvenient, but save the major costs and inconvenience of more widespread disease among people.

Since her discovery, McNamera has become an advocate for a One Health approach.

Greg Ebel discusses how West Nile virus evolves as it passes between different hosts, and how mosquitoes can be used for human health surveillance.