END_OF_DOCUMENT_TOKEN_TO_BE_REPLACED

Mark Connors talk about 2 different patient populations able to control HIV pathogenesis via their T cell or B cell responses.

A very small proportion of people infected with HIV do not develop AIDS. Mark Connors talks about 2 patient populations that his lab studies, the elite controllers and the elite neutralizers, who control HIV infection with their respective T cell or B cell responses. Connors hopes his work on killer T cells and broadly neutralizing antibodies will help scientists develop better HIV therapies or an effective HIV vaccine. 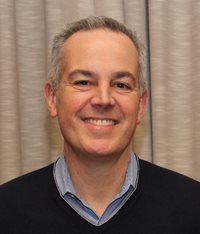 HIV infection results in a largely ineffective CD8 Killer T cell response, which is one of the reasons HIV is hard for the immune system to control.

The first group of HIV-infected long-term nonprogressor patients, identified in the late 1980s/early 1990s, were very heterogeneous. Some developed AIDS after many years, which led some scientists to believe no patients would be able to control the disease forever. This turned out not to be true, and a very, very small proportion (0.3%) of people seem to control HIV replication for the duration of their life.

Passive transfer of patient cells into immunodeficient mice confirmed that some patients can control HIV infection. The ability to control infection was diminished only when the CD8 T cells were depleted, first demonstrating that this cell type is responsible for infection control in these patients.

“Broadly neutralizing antibodies are antibodies that are capable of neutralizing 40, 50, 60, up to 97 or 98% of HIV isolates we investigate in our 218-virus panels. These antibodies recognize conserved epitoppieces of the sruface envelope glycoprotein of HIV which is how they mediate this breadth.”

“Patients from whom we get broadly neutralizing antibodies from are completely different from the elite controller population. Some people have called them elite neutralizers, similar to elite controllers - we’ve had nothing to do with the introduction of the ‘elite’ terminology!”

“If you have less than 50 HIV copies/ml, the chances of you transmitting the virus are slim-to-zero. It’s been studied very well with antiretrovirals that the transmission actually is zero.”

“HIV has been such a tough target that to talk about beating it sounds a little crazy to some people. I have no fear of that. I think that we will in the coming years see both therapies and particularly I think we’ll see an efficacious vaccine. This is a solvable problem.”

“HIV felt like the polio of our generation; this is a disease with tremendous implications worldwide.”

Mark Connors talk about 2 different patient populations able to control HIV pathogenesis via their T cell or B cell responses.