END_OF_DOCUMENT_TOKEN_TO_BE_REPLACED

Jorge Benach discusses his research on Lyme disease and other tick-borne infections, including his role in identifying the Borrelia spirochetes.

Identified in the 1980s, Borrelia burgdorferi and other Lyme disease-associated spirochetes have since been found throughout the world. Jorge Benach answers questions about Lyme Disease symptoms, his role in identifying the causative bacterium, and his current research on multispecies pathogens carried by hard-bodied ticks.

Lyme disease can progress to serious secondary manifestations. Why some patients experience these additional disease manifestations, but others do not,  is one of the heaviest areas of study in Lyme disease.

Though Borrelia doesn’t have virulence factors that mediate tissue damage, it does avoid the immune system via antigenic variation. When the bacterium is first introduced into a new human host, that person’s immune system generates reactions to the outer membrane components. These bacterial components change over time, leaving the immune response lagging behind and unable to clear the infection.

“You can get multiple erythema migrans from more than one tick bite, because it’s not an immune lesion, it’s an inflammatory lesion.”

“In the natural history of this disease, even without the intervention of antibiotics, it’s very well established that patients without treatment will get an erythema migrans; some will abort the disease and others will go into some of the other manifestations. Why this is, nobody knows, I most certainly do not and I would not venture to give you an answer because it would be just pure conjecture.”

“I think (and this may be a bias of mine) that probably the most important virulence factor of the Borrelia is its motility. They move, they move very rapidly, and at some point I think we need to show that they move away from cells that are part of the innate immune system.”

“Looking at relapsing fever spirochetes in blood under darkfield microscopy has to be one of the best sights in all microbiology. They are very active! They move almost like a whip, although initially when you first look at them, they seem to move in a corkscrew fashion, but it’s actually a planar movement like a whip.” 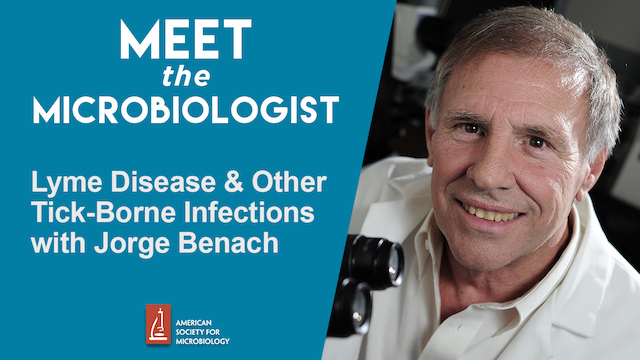 
Let’s revisit the first-hand account from Jorge Benach and Alan Barbour, two of the three remaining living members of the team who identified a tick-borne spirochete as the cause of Lyme disease. The original Science report is linked within, and to my surprise, the authors are listed at the end of the article - when did authorship move to under the title? There are a lot of interesting vignettes in the perspective, told firsthand from Jorge and Alan. An especially interesting vignette is in the role of babesiosis in uncovering the cause of Lyme disease, emphasizing the role of multispecies infection in both disease transmission and detection.

Babesia microti was discovered in 1977 by Edgar Grunwaldt on Shelter Island, found on the northeast tip of Long Island. Because some babesiosis was transmitted through blood transfusions, the New York Blood Center banned blood donations from affected areas, and the New York state government funded studies to develop serological assays for infected blood and to map parasite reservoirs, some of which were done in Jorge’s lab. A serosurvey testing for antibodies to B. microti from Shelter Island residents disclosed a number of Babesia-seroreactive individuals who reported a history of an erythema migrans. This serosurvey, as Jorge writes, was pivotal in linking babesiosis with Lyme disease, which was being described in Connecticut at the same time. The sera used in the Science paper came from the stored serum bank in Jorge’s laboratory from the 1978 babesiosis Shelter Island survey.

I won’t give away the exact details - you should really read them yourself. Alan Barbour gives his own account as well, starting with his experience as an EIS officer - a disease detective for the CDC!

Jorge Benach discusses his research on Lyme disease and other tick-borne infections, including his role in identifying the Borrelia spirochetes.