END_OF_DOCUMENT_TOKEN_TO_BE_REPLACED

Ami Bhatt discusses her research on the human gut microbiome, from surveying microbiomes around the world to the role of the microbiome in cancer therapy.

How do medical professionals incorporate microbiome science into their patient care? Ami Bhatt discusses her research on the diversity within and between human gut microbiomes, and how this research is slowly and carefully being used to build new patient care recommendations.

Although these terms are often used interchangeably, microbiome and microbiota represent distinct samples types: The gut microbiota may often be referred to as a single entity, but the gastrointestinal tract has many different niches. Alterations in pH, cell type, and the available nutrients provide different selective pressures for the microorganisms that reside in these conditions.

By clustering small proteins based on similarity, Ami’s group was able to identify over 4000 new families of small proteins from existing microbiome datasets. Some of these were found among all microbiome datasets while others were found only in human microbiomes, which provides a clue to their potential housekeeping versus host-microbe-interaction functionality, although the exact functions are still unknown.

Outcomes for non-infectious diseases are affected by the gut microbiome. Ami and her colleagues have worked with transplant patients to understand what type of diversity and which strains play a role in best outcome for cancer therapy patients, such as patients receiving bone marrow transplants. Medical doctors are beginning to incorporate new patient care in light of new microbiome studies.

Understanding the effects of the gut microbiome on human health have helped slowly change patient care in some settings. For example, doctors are reconsidering recommendations for immunocompromised people to stay away from fresh fruits and vegetables, a recommendation previously made due to the potential risk of patients exposure to pathogenic microbes. The benefit of a wide variety of fiber sources, which promote a diverse and robust microbiome, may turn out to outweigh this risk.

“The concept of high diversity being associated with good health is really a concept that came from the macroecology space. When people look at say a jungle, the larger number of plants and animals that are present, the more diverse that location is, and the more healthy and stable we think it is. Clearly that is an analogy that may have some limitation.”

“The microbiome, in contrast to the human genome, varies a lot based on environmental exposures, culture, lifestyle, food, et cetera, and we know that these things vary broadly across the world. If we really want to understand the variation of the microbiome in these many different interesting contexts, it really is important that we study individuals from outside of the few, very intensely studied populations.”

“It’s critical that we engage local scientists and community members in figuring out what questions matter to them and how we can use our research capacity to help them answer those questions.”

“Small changes, like single nucleotide polymorphisms and indels, as well as larger changes, like structural variation, are a part of that constant, trudging process of genome evolution that eventually does lead to a new species, new genus, and so on.” 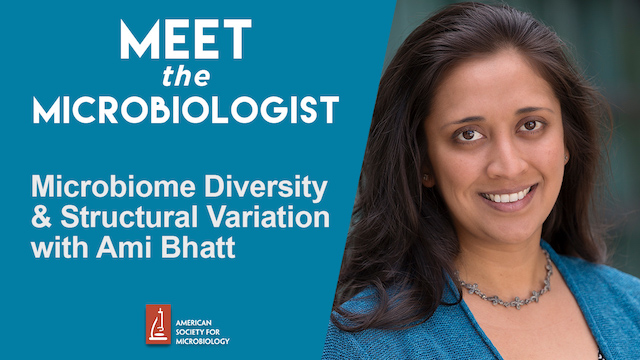 
Today’s history of microbiology tidbit will focus on the discovery of oncogenic viruses. Between 10 and 20 percent of cancers are estimated to be caused by some sort of microorganism, and that includes viruses, bacteria, fungi and helminths. Transformation of normal healthy cells into cancer can occur through multiple broad mechanisms, including the microbial influence on the localized immune response, leading to DNA damage and eventual cancer formation, or in the case of oncogenic viruses, the hijacking of a cell’s machinery in a way that promotes immortality or accumulation of additional mutations.

The first oncogenic virus discovered was not found in people but in chickens. A 1911 scientific study published in the Journal of Experimental Medicine first described a transmissible sarcoma in domesticated chickens. The study was conducted solely by Peyton Rous, and thus the cause, which was eventually discovered to be a retrovirus, came to be named Rous sarcoma virus, or RSV. Tumor-causing viruses of mammals weren’t discovered until 2 decades later, when Shope papillomavirus was isolated in rabbits and mouse mammary tumor virus was found to be transmissible by mother mice to their young via their milk. HUMAN tumor virology didn’t begin until the 1960s, when the Epstein-Barr virus was first observed in samples from Burkitt’s lymphoma patients.

The discovery of RSV would win Rous half of the 1966 Nobel Prize. Interesting side note, Rous’ son-in-law was Alan Hodgkin, who also studied cancer and received a share of the 1963 Nobel Prize; Hodgkin is thanked in Rous’ 1966 speech. One of the reasons it took so long for Rous to be recognized is because his study couldn’t be replicated in other animal systems immediately. In his initial findings, Rous notes that the transmission was limited to closely related chickens, and he included a transmission family tree as a figure in his article that we’ll link in our show notes page.

The long incubation period, so to speak, between Rous’ discovery and recognition, makes sense in the context of what microbiology as a field was at that time: the first virus had been discovered 2 decades prior in plants by Dmitry Ivanovsky. Rous’ discovery of the transmissibility of the virus, combined with his demonstration that it transmission be carried out by a filterable agent - some agent small enough to pass through a filter that most bacteria couldn’t pass through - supported the hypothesis that the tumor was caused by a virus but virology was a field still in its relative infancy. Rous’ work at the Rockefeller Institute for Medical Research in New York, alongside the work of colleagues such as Thomas Rivers and Richard Shope, helped to make Rockefeller the institution at which virology emerged as a distinct medical science.

Ami Bhatt discusses her research on the human gut microbiome, from surveying microbiomes around the world to the role of the microbiome in cancer therapy.