END_OF_DOCUMENT_TOKEN_TO_BE_REPLACED

The history of learning to grow hepatitis C virus in culture, and yellow fever virus, its vaccine, and the importance of curiosity-driven research.

Charlie Rice gives the history of learning to grow hepatitis C virus in culture, from pitfalls to hurdles and successes along the 20-year journey. He also talks about yellow fever virus, its vaccine, and the importance of curiosity-driven research.

Learning the viral genome sequences led to recategorization of Togaviridae, which were previously grouped based on similar viral structure. New viruses can be identified based on their homologs to existing viral sequences, but many new viruses encode genes with no known homologs - the dark matter of viral sequences!

We still don’t understand the exact mechanism by which cirrhosis can progress to liver cancer. People are still debating whether it’s a direct viral effect or if it’s the chronic slowly progressive immune response that damages the liver, leading to new liver cells and potentially leading to mutagenic conditions.

It’s been a long road to develop in vitro systems to study hepatitis C virus: How do you make an animal model of infection?

Interferon-based treatment was long and had bad side effects. Studies from model systems facilitated development of new drugs, such as a nucleotide prodrug that targets the RNA-dependent RNA Polymerase, which have fewer side effects and a shorter treatment course.

The 17D yellow fever vaccine is an attenuated strain that confers lifelong immunity against all strains of yellow fever. Why is this vaccine such a good vaccine? Understanding vaccine efficacy can help design better vaccines for other diseases.

"One of the interesting properties of Hepatitis C as compared to some of the other flaviviruses like yellow fever virus for example is that it is extremely good at establishing and maintaining a chronic infection in most people who are infected. So if you progress to this chronic stage, which occurs in about 60-70% of those that become infected, you’re stuck with the virus for life unless you’re successfully treated."

"Hepatacytes are notorious for changing their transcriptional profile and losing their differentiation when you plate them in cell culture."

"The problem with working with xenografts in a mouse model is that you’re working with an animal that is basically deficient in T cells and B cells, and often NK cells as well. That means it’s kind of like a furry test tube - you can infect the animals, but they don’t have the immune response we think is important for the pathology associated with chronic hepatitis C infections."

Current outbreaks of yellow fever "give you an appreciation for the cyclic nature of our public health measures and practices so that even when you have an effective vaccine, it doesn’t necessarily get uniformly applied and we often end up in a more reactive situation when these epidemics begin to show up again."

"You would think having these fantastic new drugs would be like flipping a switch - we can now identify the people who are infected and treat them. But it’s actually very spotty, depending on the country, cost, and the health care system - and how those vary between countries and even within a country."

"I make a plea for curiosity-driven research because we never really know when insights gained from that will come in handy!" 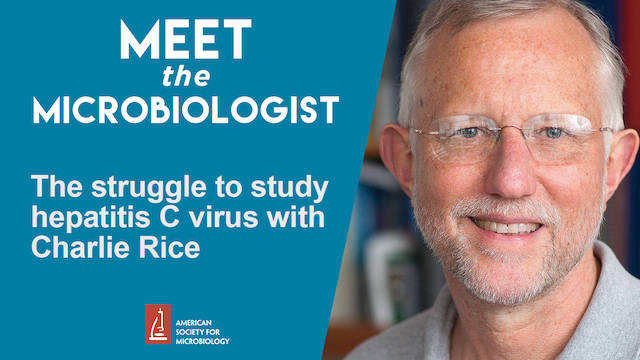 The history of learning to grow hepatitis C virus in culture, and yellow fever virus, its vaccine, and the importance of curiosity-driven research.