END_OF_DOCUMENT_TOKEN_TO_BE_REPLACED

Bill Jacobs talks about developing mycobacterial genetic tools and using them to discover ways to shorten TB treatment. He also talks about the SEA-PHAGES program that allows high-school students to participate in phage discovery.

The challenges of working with an easily aerosolized bacterium are aided by complementary studies on a noninfectious relative. M. smegmatus doesn't colonize mammals and grows slower, giving researchers the opportunity to acclimate themselves to working with mycobacterial cultures.

Jacobs was the first scientist to introduce DNA into M. tuberculosis using a phasmid - part plasmid, part mycobacterial phage. The first phage came from Jacobs' dirt yard in the Bronx, so he named it BxB1 for the Bronx Bomber. Another phage, TM4, became the workhorse phasmid when Jacobs cloned an E. coli cosmid sequence into a nonessential part of the phage genome. It replicates in E. coli as a plasmid but becomes a phage inside Mycobacteria, facilitating manipulation. The shuttle phasmids allowed transposon delivery to make transposon libraries, and the creation of gene knockouts.

To this day, we use Ziehl-Neelsen staining to differentiate acid-fast mycobacteria from gram-positive or gram-negative bacteria - the mycolic acids on the outer part of the envelope make up some of the longest microbial lipid chains. But mycobacteria can regulate its acid-fast positive or negative status; the acid-fast negative organisms are a persistent population that are often ignored inside of patients. 99.99% of M. tuberculosis bacteria are not persistent, but the last 0.1% have entered into a persistent state expressing many stress proteins that help them become refractory to killing.

A normal course of antibiotic chemotherapy for patients is six months. If infected with a strain resistant to the two frontline drugs, that time goes up to two years. The problem is even greater in extremely multidrug resistant (XDR) strains.

What we really need is a way to understand persistence and a way to shorten chemotherapy. That's why were were absolutely amazed when we discovered that cysteine with isoniazid completely sterilizes Mtb cultures in vitro and in vivo! The culture is sterilized because the bacteria can't form persisters. Vitamin C co-treatment with antibiotics may lead to a shortened course of therapy for TB treatment.

Neutralizing antibodies to the herpesvirus glycoprotein have been the dogma for protecting from herpes. Jacobs and his colleagues discovered that a vaccine based on a glycoprotein-knockout virus confers sterilizing immunity not through neutralizing antibodies but through antibody-dependent cell cytoxicity (ADCC). This ADCC response may also be important to develop a more effective TB vaccine.

"You'll never know how bad your aseptic technique is until you start working with tuberculosis!"

"I think part of the reason I had the opportunity to develop genetics for TB - it's not like it wasn't important to do - but a lot of people were disappointed when working with the organism."

"We're about to take TB genetics to where yeast genetics is."

"I took students to the Bronx Zoo, and over by the zebra pen, I sniffed and said ‘I smell a phage!' In fact, that's not crazy - anyone who plants flowers knows what good soil smells like, and in the good soil, you're smelling the bacteria that live in the soil, the Streptomyces and Mycobacteria. I reached down and grabbed that dirt, and when we went back to work we isolated BxE1."

"I've never met a phage I wasn't excited about!"

"I now believe that most pathogens do not ‘want' ADCC antibodies to be made, and they have immune evasion strategies where they skew the immune response to get the wrong antibodies. Since the time we published our first paper, numerous groups have shown that correlates of protection for HIV, for influenza, and for Zika, turn out to be ADCC antibodies."

"Genetics is the mathematics of biology!" 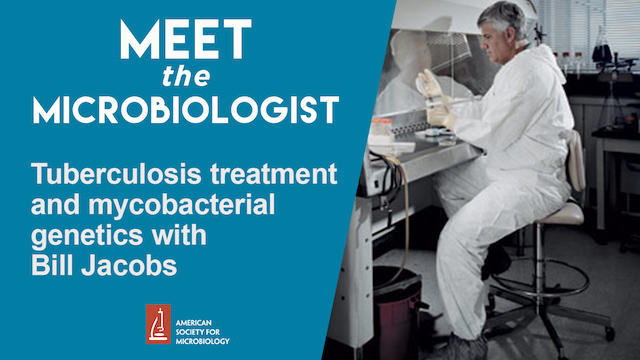